One hour after announcing articles of impeachment against President Trump, House Speaker Nancy Pelosi announced Tuesday that House Democrats had reached an agreement with the White House over Trump’s landmark USMCA trade deal.

“It is infinitely better than what was initially proposed by the administration,” Pelosi said. “It’s a victory for American workers, and it’s one that we take great pride in advancing.”

.@SpeakerPelosi announces #USMCA Trade Agreement: "There is no question of course that this trade agreement is much better than NAFTA."

The House Speaker dismissed the announcement as a victory for the president, saying “we came a long way from what he originally proposed. There are some people who would say ‘why make it look like he has a victory?’ Well, we’re declaring victory for the American worker.”

Ways and Means Committee Chairman Richard Neal (D., Mass.) detailed the final days of negotiations, saying “this got really hot on a number of occasions,” but called the deal a “transformative agreement” and “an opportunity we couldn’t let get away from us.”

“It’s a triumph for workers everywhere across America,” Neal said.

Pelosi’s announcement comes after AFL-CIO President Richard Trumka, who represents the largest federation of unions in the country and a key party in negotiations, said Monday that a deal was in place. The AFL-CIO confirmed Tuesday it would back the trade agreement, something that would give more cover for Democrats to support it.

“Working people are responsible for a deal that is a vast improvement over both the original NAFTA and the flawed proposal brought forward in 2017,” AFL-CIO President Richard Trumka said. “For the first time, there truly will be enforceable labor standards — including a process that allows for the inspections of factories and facilities that are not living up to their obligations.”

During the press conference, Pelosi thanked Trumka for his “brilliance and knowledge” in negotiations.

In recent months, Democrats have advocated tighter labor enforcements in USMCA to avoid the criticisms of the former North American Free Trade Agreement, with Pelosi remaining optimistic of an eventual agreement, saying a deal was “imminent” last month while calling USMCA “a good template.”

The USMCA overhauls NAFTA, and is designed to raise wages and improve working conditions for both Mexican and American auto workers by tightening regulations. Republicans have long been accusing Democrats of inaction on the bill, which was signed at last year’s G-20.

Mexican President Andres Manuel Lopez Obrador said an amended version of USMCA will be signed on Tuesday by officials from the U.S., Canada and Mexico.

Prior to Pelosi’s announcement, Trump tweeted in anticipation of the deal.

America’s great USMCA Trade Bill is looking good. It will be the best and most important trade deal ever made by the USA. Good for everybody – Farmers, Manufacturers, Energy, Unions – tremendous support. Importantly, we will finally end our Country’s worst Trade Deal, NAFTA! 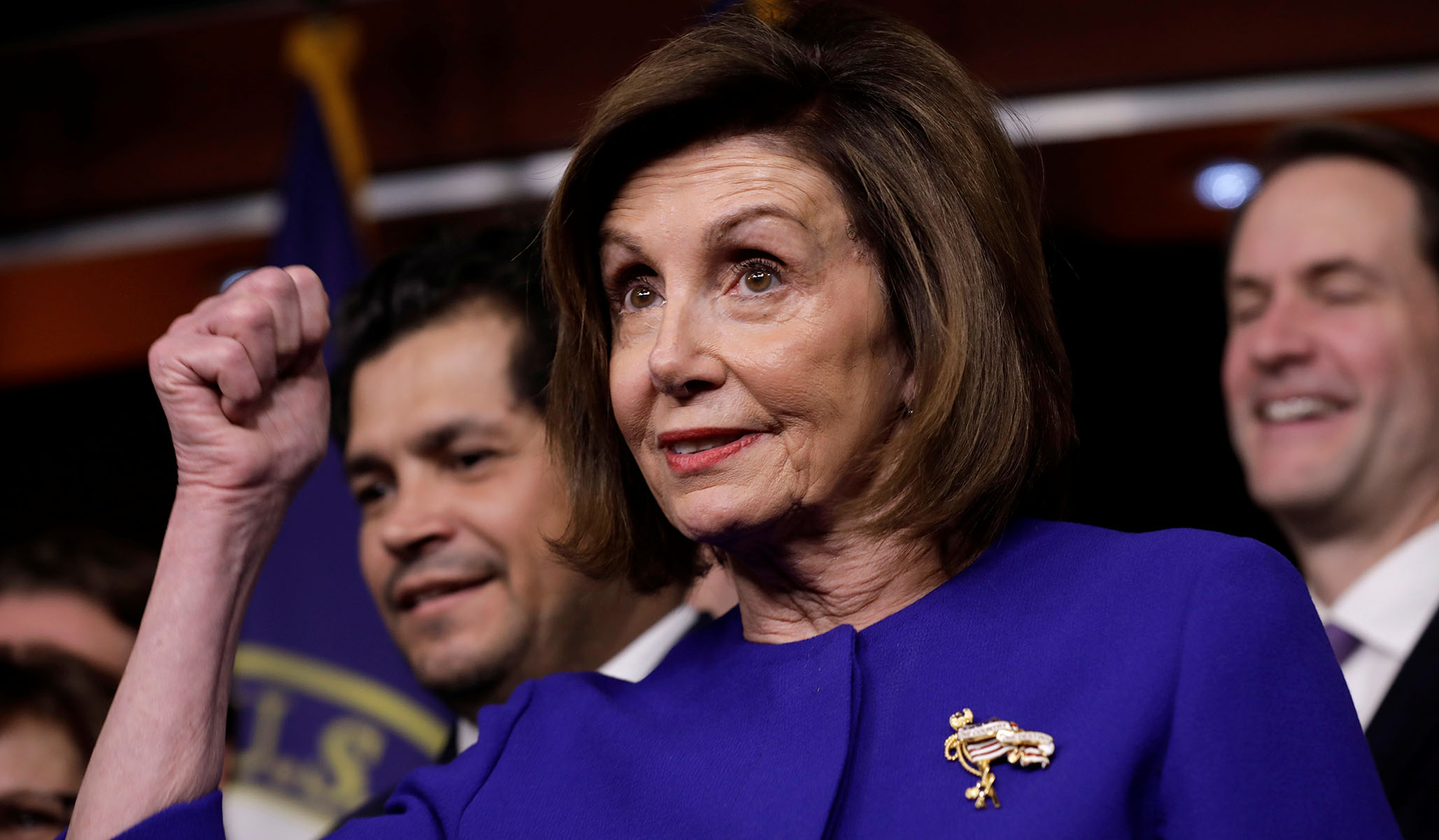