Biden Says Democrats Are ‘Not Going to Get $3.5 Trillion’ for Reconciliation Bill

On Fox News, Kirby explained away the equipment the U.S. military left in the hands of the Taliban by admitting that “while there’s certainly a lethality component to it, it doesn’t pose a threat to the United States, it doesn’t pose a threat to neighboring nations.” On Monday, America’s 20-year conflict with the Taliban in Afghanistan ended when the last U.S. troops exited the country less than two weeks before the anniversary of September 11, 2001, a day made possible by the Taliban’s sheltering of Osama bin Laden’s Al-Qaeda.

👀 Kirby says it's okay that we left U.S. military assets and weapons behind for the Taliban because they don't "pose a threat to the United States or pose a threat to neighboring nations." #Afghanistan pic.twitter.com/O9fnaQTnSd

The spoils of war for the victorious Taliban include not only control of the country, but billions of dollars in American military equipment including helicopters, humvees, and other assorted arms that will help the terror group cement that control. A New York Times infographic provides a full breakdown of the materials left behind, although Glenn Kessler of the Washington Post points out that a good portion may not be operational, and its total price tag is not the nearly $85 billion dollars that some have claimed it to be. 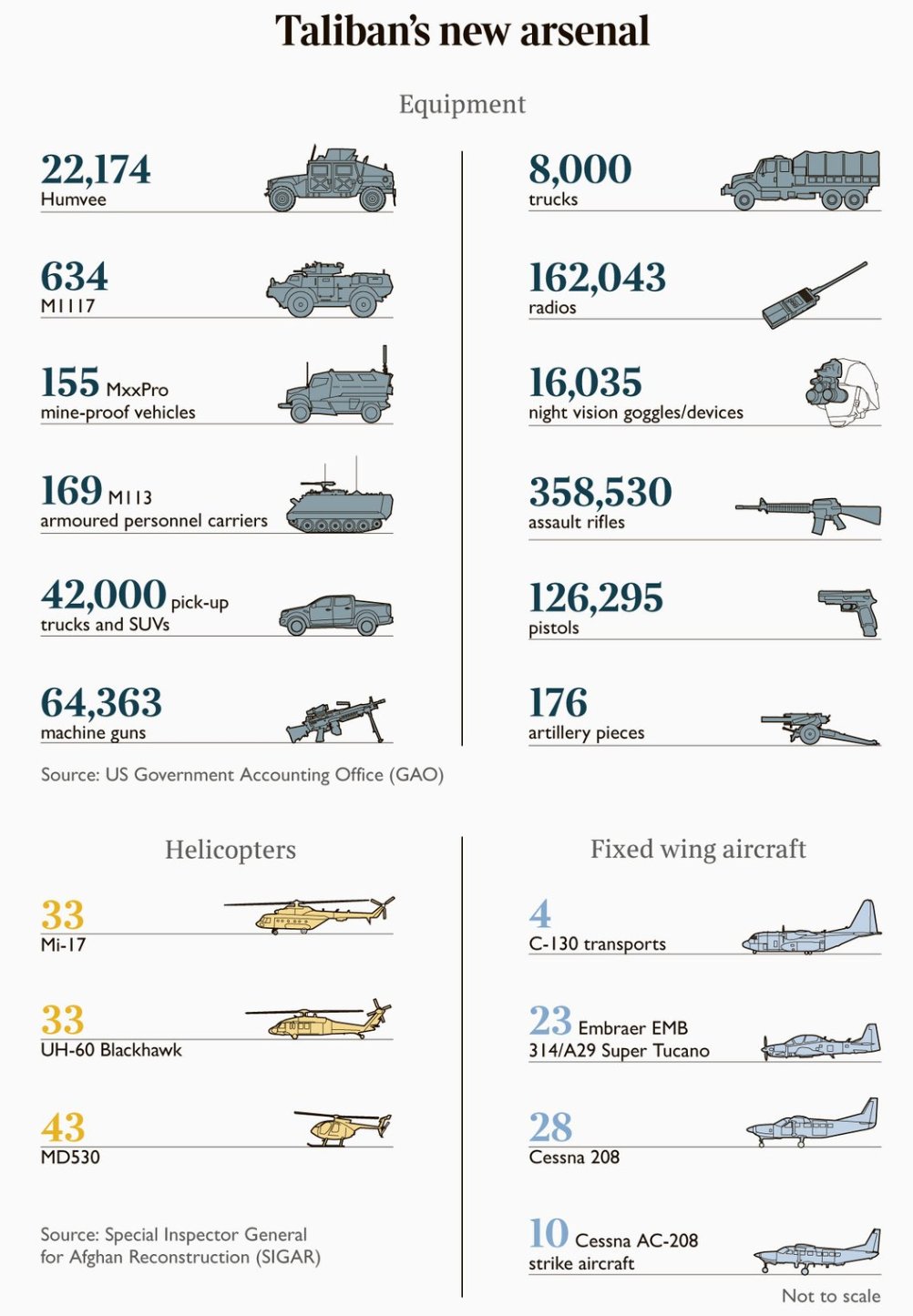 While no American troops remain in Afghanistan, an undetermined amount of Americans — Kirby estimates the number to be in the “low hundreds” but provides no context for that estimate — and thousands of Afghan allies of the U.S. military remain in the country.

On MSNBC on Tuesday, Kirby excused the military exit’s prior to a complete civilian evacuation by asserting that “we have Americans that get stranded in countries all the time.” Less than two weeks ago, White House press secretary Jen Psaki chastised a reporter for using the term “stranded,” even deeming it “irresponsible.”

Pentagon Spokesman, today: “We have Americans that get stranded in countries all the time”

Jen Psaki, August 23: "I think it's irresponsible to say Americans are stranded. They are not." pic.twitter.com/syyDJT9P6N

President Joe Biden has yet to address the nation on the end of the military conflict, or the plight of those left in Afghanistan. He had previously promised that the military would stay — even past the self-imposed August 31 deadline — if American civilians remained in the country.

STEPHANOPOULOS: “Are you committed to making sure that the troops stay until every American who wants to be out is out?”

BIDEN: “Yes… if there’s American citizens left, we’re going to stay until we get them all out.”
pic.twitter.com/0DIhuPKrbX

Many have criticized the Transportation secretary’s decision to step away from his role for two months while the U.S. has struggled with supply-chain issues.
Brittany Bernstein

Fourteen adults and three minors were reportedly abducted by 400 Mawozo, a gang that is well-known for targeting religious groups.
Brittany Bernstein

More than any other author, the poet of Stratford informed the writing of the towering British statesman, political leader, and Nobel laureate.
Tod Worner

If these are the best of times, why do they hurt so much?
Kevin D. Williamson

Is It 'Emotional Abuse' for Parents to Deny a Child’s 'Transgender' Claims?

The Editors
By standing up to the woke mob, Netflix is providing a model for how corporations should respond to demands that they enforce leftist speech codes.

Dan McLaughlin
A senior executive taking two full months out of the office during a major crisis in the job is a legitimate story.
View More
Loading...