President Trump announced Monday that he will authorize heavy economic sanctions against “current and former officials of the Government of Turkey” following the withdrawal of U.S. troops from northern Syria and Turkey’s subsequent military offensive into the region.

The move follows heavy criticism of the president’s decision to withdraw. White House sanctions were first announced last Friday during comments from Secretary of the Treasury Steven Mnuchin, which he confirmed Monday, suggesting Trump’s decision was imminent.

“Turkey’s military offensive is endangering civilians and threatening peace, security, and stability in the region,” Trump’s statement reads. “I have been perfectly clear with President Erdogan: Turkey’s action is precipitating a humanitarian crisis and setting conditions for possible war crimes. . . . Unfortunately, Turkey does not appear to be mitigating the humanitarian effects of its invasion.” The sanctions include an increase of steel tariffs up to 50 percent, as well as an end to negotiations meant to secure a $100 billion trade deal with Turkey.

Trump ended the statement by reiterating his plan to withdraw remaining U.S. forces from northeast Syria, with only a “small footprint” of troops to remain in southern Syria in order to “prevent a repeat of 2014, when the neglected threat of ISIS raged across Syria and Iraq.” 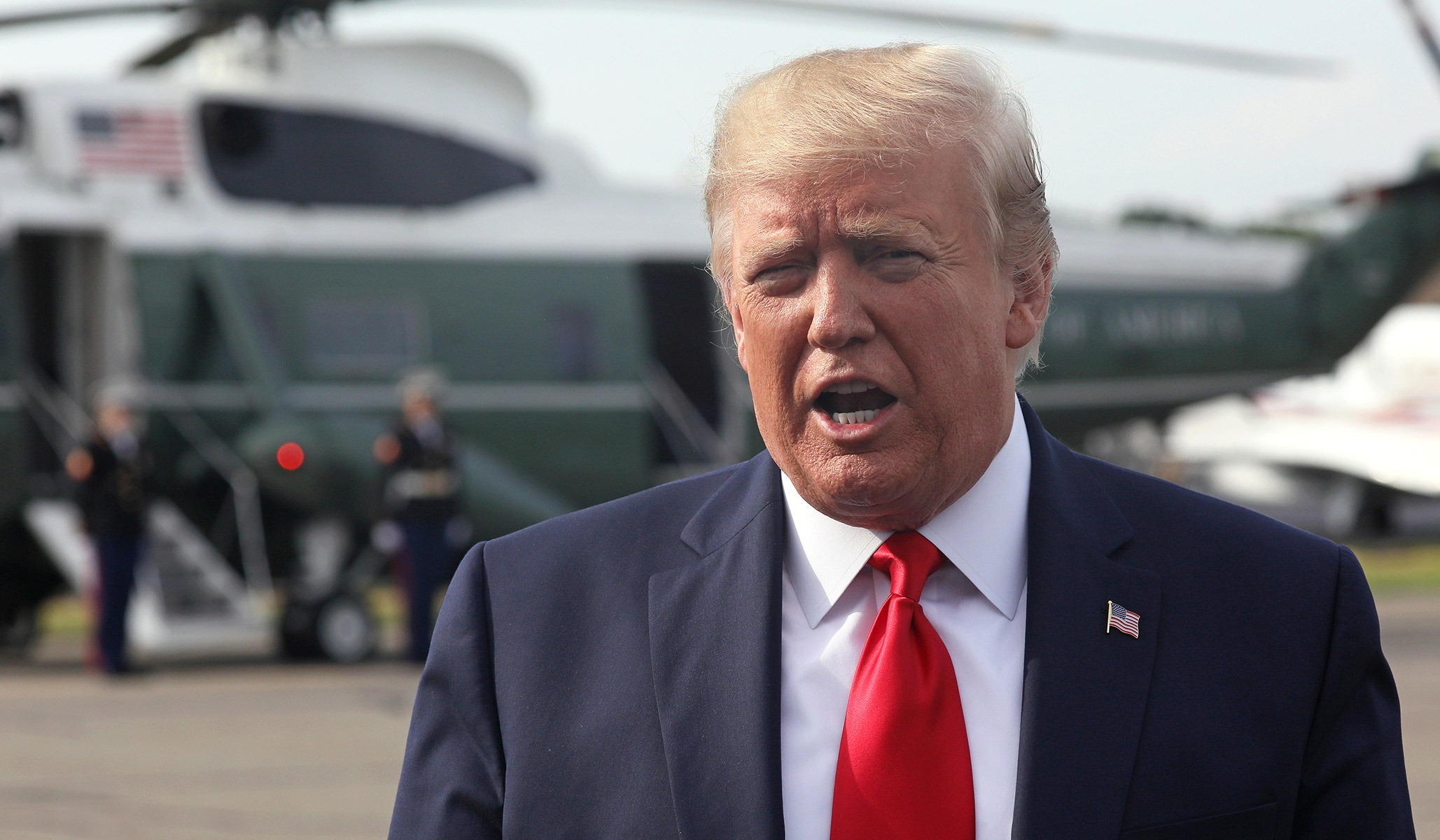