A surge in voter turnout marked a historic local election in Hong Kong on Sunday, as over half of the 452 district council seats flipped from pro-Beijing to pro-democracy candidates in a referendum on recent protests that have rocked the city.

Beijing allies fell from a majority of 300 to a mere 60 seats, while pro-Hong Kong candidates won 347 of 452 seats — claiming seven of eight local councils after having control of none before Sunday. The election set a record with 71 percent turnout and more than doubled the turnout of 2015 elections with nearly 3 million voters.

On Monday during a visit to Japan, Chinese foreign minister Wang Yi did not comment directly on the results, but stated “that no matter what happens, Hong Kong is a part of China and a special administrative region of China.”

“Any attempt to mess up Hong Kong, or even damage its prosperity and stability, will not succeed,” Wang said.

While the sweeping victory for pro-democracy efforts pertains to local governance, the wins likely give Hong Kong 117 seats on the committee that selects the city’s chief executive, next slated for 2022.

In an interview on Friday, Trump attempted to toe the line between Hong Kong protests and U.S. trade negotiations with Beijing, saying “we have to stand with Hong Kong, but I’m also standing with President Xi.”

“If it weren’t for me, Hong Kong would’ve been obliterated in 14 minutes,” Trump said. “He’s got one million soldiers standing outside of Hong Kong, that aren’t going in only because I ask him ‘please don’t do that, you’ll be making a big mistake, it’s going to have a tremendous negative impact on the trade deal.’ And he wants to make a trade deal.”

The president’s comments were met with a criticism from Senator Ted Cruz (R., Texas), who threatened to override any potential veto of the act, which sanctions Chinese and Hong Kong officials accused of human rights abuses related to their handling of Hong Kong’s pro-democracy protesters.

“President Xi and the Chinese Communist Party cannot silence the United States Congress,” Cruz said in a statement. “In case they aren’t familiar with how our Constitution works, the Hong Kong Human Rights and Democracy Act passed the House and Senate by overwhelming veto-proof majorities and it will become law.” 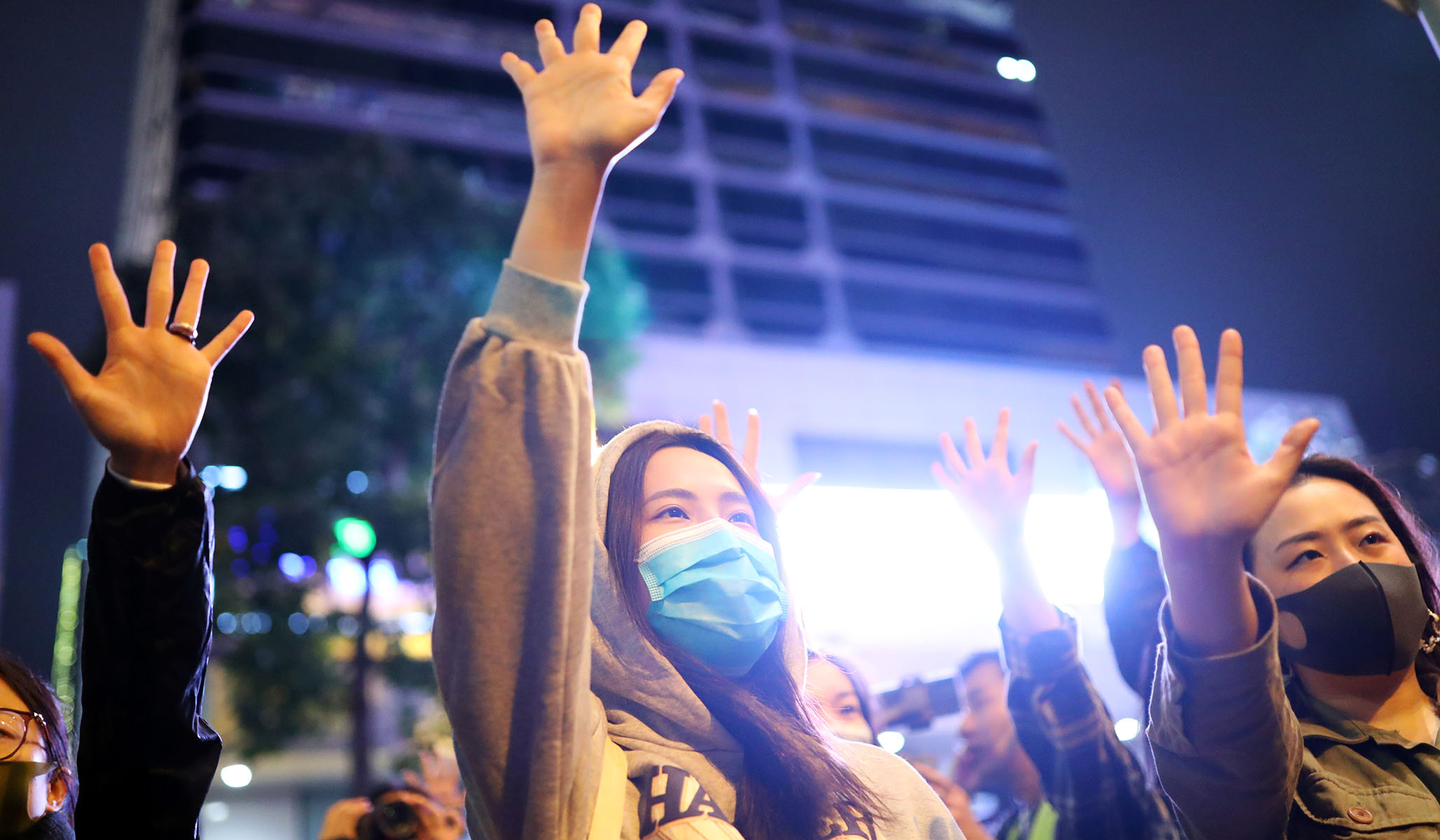