The Supreme Court ruled Thursday that a 40-foot “peace cross” commemorating the men from a suburban Maryland town who died in World War I can remain on state property.

Writing for the 7–2 majority, Justice Samuel Alito held that the cross did not violate the Constitution’s establishment clause, as was alleged by the plaintiffs, a group of humanists who argued the war monument represented a state endorsement of Christianity.

“The Religion Clauses of the Constitution aim to foster a society in which people of all beliefs can live together harmoniously, and the presence of the Bladensburg Cross on the land where it has stood for so many years is fully consistent with that aim,” Alito wrote. “The cross is undoubtedly a Christian symbol, but that fact should not blind us to everything else that the Bladensburg Cross has come to represent. . . . For all these reasons, the Cross does not offend the Constitution.”

The cross was initially built on private land by members of the Bladensburg, Md. community in 1925 to commemorate the 49 Prince George’s County natives who died in World War I. The state took over the property, which is situated next to a major intersection, in 1961 and has since spent $117,000 to maintain it.

The American Humanist Association sued in 2014 to have the cross taken down. A three-judge panel then ruled in 2017 that the cross’s presence on state land violated the establishment clause, which codified the separation between church and state.

Attorneys for the American legion, which initially funded the cross’s construction, argued that the cross’s removal would lead to the destruction of hundreds of religious war memorials currently situated on public land across the country.

“This is a landmark victory for religious freedom.  The days of illegitimately weaponizing the Establishment Clause and attacking religious symbols in public are over,” said Kelly Shackelford, President, CEO, and Chief Counsel to First Liberty, which represented the American Legion. “Our Founders would have been appalled at this attempt to make the government hostile to our religious heritage, history, and symbols. The attempted perversion of our Constitution is now over, and every American now has more freedom than they have had in decades, with a government no longer hostile to people or expressions of faith.”

While conservative groups celebrated the ruling, they expressed concern that the opinion did not more clearly delineate the establishment clause’s limitations.

“Today, the Supreme Court delivered a much-needed win for the Peace Cross and similar memorials. In no way do such memorials violate the Establishment Clause of the First Amendment,” the Family Research Council said in a statement.

“However, this decision leaves in place the tangled confusion of past Establishment Clause opinions, which are currently being used to remove religious messages, signs, and symbols from public squares around our country,” the statement continued. “These issues will continue to arise, and we are thankful for those on the bench who point this out. Further, this case reveals the incredible importance of judges and justices on the bench who view the Constitution as originalists.” 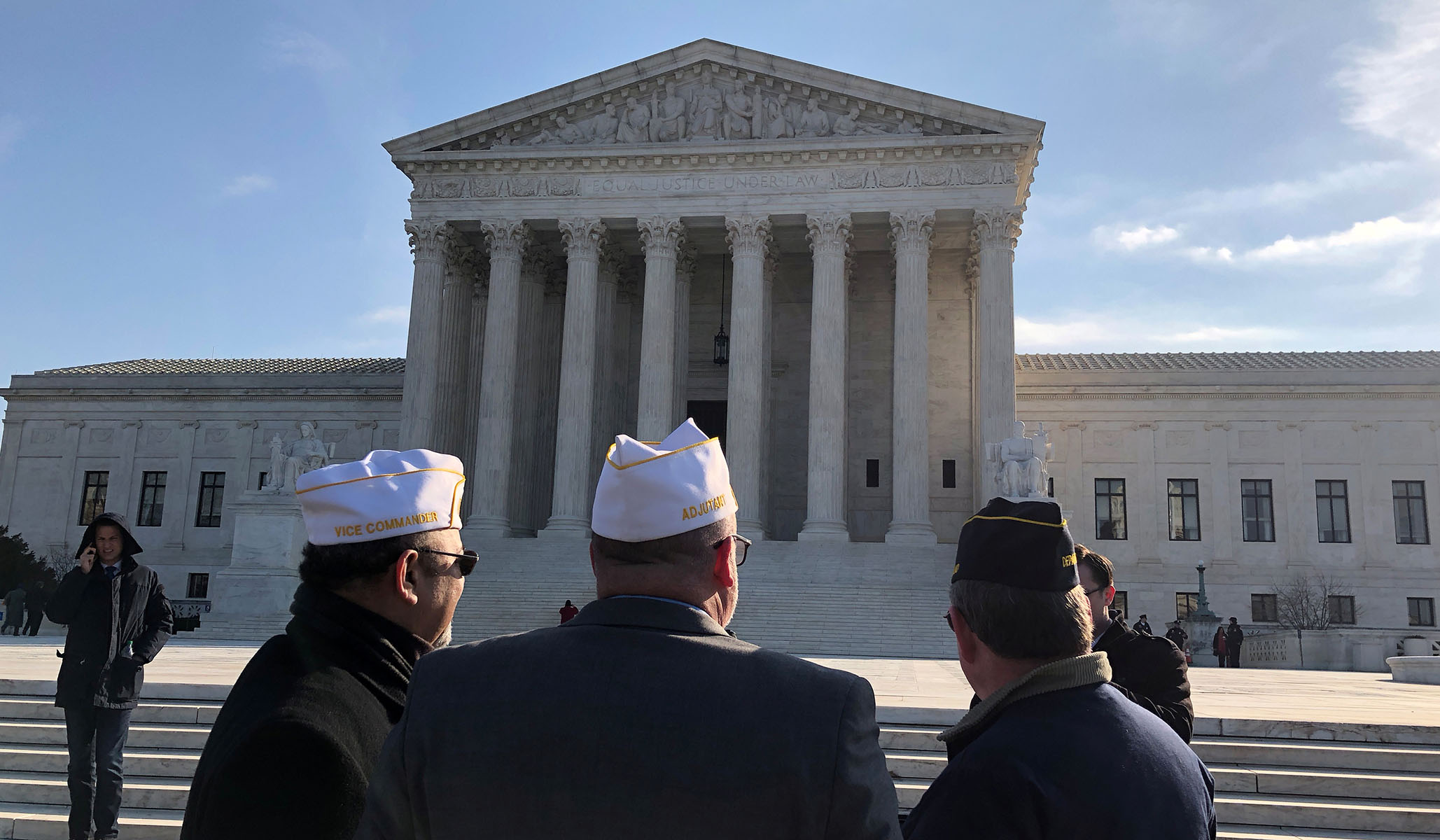