President Trump claimed during the presidential debate on Tuesday that use of mail-in ballots will lead to a “rigged election” in November.

Trump has repeatedly warned that the reliance on voting by mail to prevent the spread of coronavirus will allow for rampant fraud and will delay the announcement of the election results.

For the final question of the debate, moderator Chris Wallace asked Trump and Joe Biden if they would commit to accepting the results of the November election.

“I hope it’s going to be a fair election. If it’s a fair election, I’m a hundred percent on board,” Trump said. “But if I see tens of thousands of ballots being manipulated, I can’t go along with that.”

After a back-and-forth with Wallace, Trump added, “I’ll tell you what that means: it means you have a fraudulent election.”

At his turn to speak, Biden said he would accept the election results.

“Our military, they’ve been voting by ballot since the end of the Civil War….It’s honest. No one has established at all that there is fraud related to mail-in ballots, that somehow it’s a fraudulent process,” Biden said.

Earlier in the debate, Wallace also asked if Trump was willing to condemn various militias or white supremacist groups.

“Who would you like me to condemn?” Trump said. “Proud boys, stand back and stand by. But I’ll tell you what, someone has to do something about Antifa and the left.” 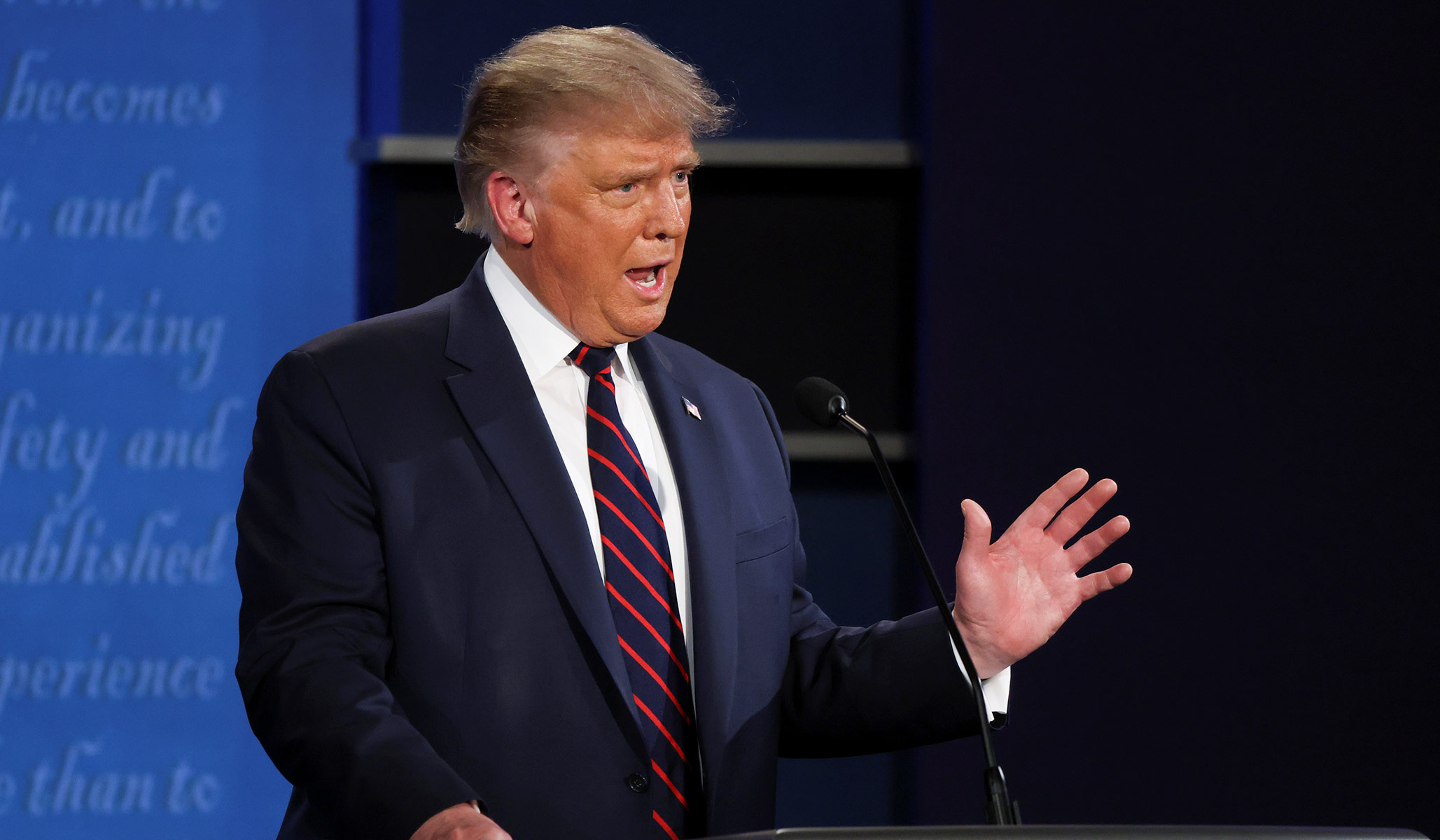