President Trump on Monday explained that he withheld news of the night raid that resulted in the death of ISIS leader Abu Bakr al-Baghdadi from the House Intelligence Committee to prevent Chairman Adam Schiff (D., Calif.) from leaking the information.

“They were talking about why didn’t I give the information to Adam Schiff and his committee, and the answer is because I think Adam Schiff is the biggest leaker in Washington. You know that, I know that, we all know that. I’ve watched Adam Schiff leak, he’s a corrupt politician,” Trump said during an impromptu press conference at Andrews Air Force Base.

Schiff released a statement in the wake of the news of Baghdadi’s death, which criticized the president for not telling Congress’ “Gang of Eight” about the mission.

“Had this escalated, had something gone wrong, had we gotten into a firefight with the Russians, it’s to the administration’s advantage to be able to say, ‘We informed Congress we were going in, they were aware of the risks. We at least gave them the chance to provide feedback.’ That wasn’t done here. I think that’s a mistake,” Schiff said on Sunday.

Trump also criticized Schiff on Monday for his “criminal” handling of the House impeachment inquiry, which began over the president’s July 25 phone call with Ukraine, saying he would focus on the “details” of the case, instead of the “process.”

“Process is wonderful, we already have 50 Republican senators, I never called one of them, ‘sign up.’ Out of 53, 50; and perhaps the other ones will do it too. But process is good, but I think you ought to look at the case, and the case is very simple, it’s quick, it’s so quick.  I had a great conversation with the Ukrainian president,” Trump said. “ . . . They tried to take that conversation and make it into a big scandal. The problem was, we had it transcribed, it was an exact transcription of the conversation. So, in a nutshell, a whistleblower wrote a false narrative of the conversation.”

“Adam Schiff went before Congress, and Adam Schiff what he did, will never be forgotten. He made up a conversation that was a phony fabrication. It was a fraud, and people shouldn’t be allowed to get away,” he continued. “They say he has immunity, because he’s a member of Congress. People shouldn’t be allowed to do that, that’s a criminal act, what he did, that’s a criminal act.”

The president repeated Monday that the White House is “thinking about” releasing footage of the mission that killed the ISIS leader. 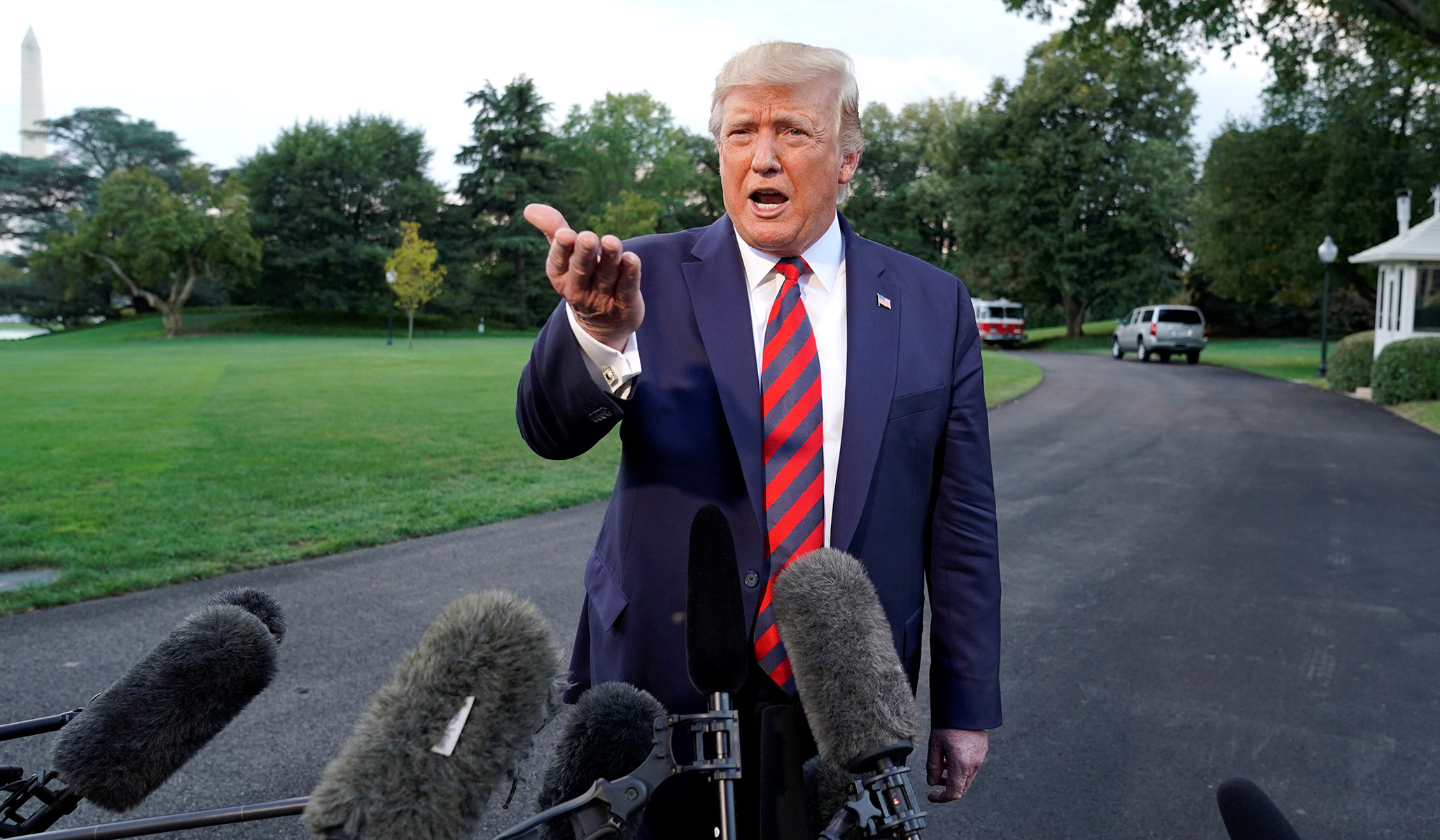