The White House told House Democrats Sunday evening that it will decline to participate in the first Judiciary Committee impeachment hearing this week, condemning the process as “partisan.”

“Under the current circumstances, we do not intend to participate in your Wednesday hearing,” White House Counsel Pat Cipollone wrote in a letter addressed to Judiciary Committee Chairman Jerrold Nadler (D., N.Y.).

The first Judiciary Committee hearing will hear testimony Wednesday from constitutional scholars and professors on whether Trump’s actions amount to “high crimes and misdemeanors” warranting impeachment and removal from office.

“We cannot fairly be expected to participate in a hearing while the witnesses are yet to be named and while it remains unclear whether the Judiciary Committee will afford the President a fair process through additional hearings,” Cipollone wrote. “More importantly, an invitation to an academic discussion with law professors does not begin to provide the President with any semblance of a fair process.”

Nadler invited the president and his attorneys to attend the hearing and requested last week that the White House inform the committee by December 6 whether Trump is planning to offer a defense.

However, the White House counsel accused the chairman of giving “the false appearance of providing the President some rudimentary process” while in fact stonewalling on information and demanding the administration’s cooperation.

The White House counsel added that the White House “fully reserves the right to respond further” if Nadler releases more information about the hearing.

“It is too late to cure the profound procedural deficiencies that have tainted this entire inquiry,” Cipollone stated in his letter. “Nevertheless, if you are serious about conducting a fair process going forward, and in order to protect the rights and privileges of the President, we may consider participating in future Judiciary Committee proceedings if you afford the Administration the ability to do so meaningfully.”

The House Intelligence Committee concluded its hearings last month on the accusations against Trump that he engaged in a quid pro quo scheme involving U.S. military aid to Ukraine and Ukraine’s public agreement to investigate Democratic presidential candidate Joe Biden. 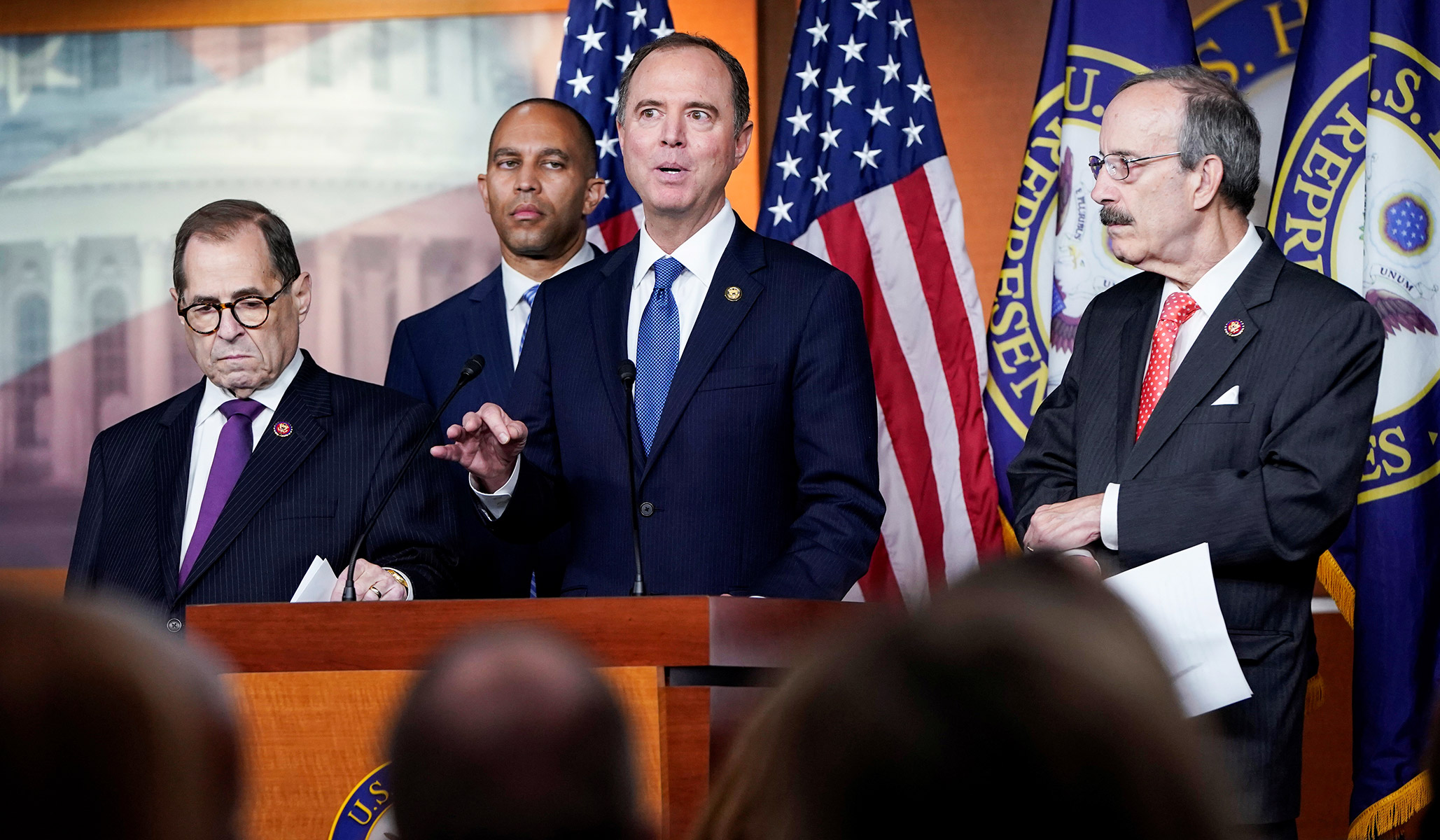