National Security Adviser Robert O’Brien warned Turkish president Recep Tayyip Erdogan on Sunday that “there will likely be sanctions” if Turkey does not renege its purchase of Russian S-400 missile defense systems.

President Trump and Erdogan are set to meet at the White House this Wednesday, just weeks after a negotiated ceasefire in Northern Syria.

“The CAATSA sanctions will pass Congress with an overwhelming bipartisan majority and Turkey will feel the impact of those sanctions,” O’Brien said. “We’ve made that very clear to President Erdogan. There’s no place in NATO for the S-400. There’s no place in NATO for significant Russian military purchases. That’s a message that the president will deliver to him very clearly when he’s here in Washington.”

O’Brien’s comments, during a Sunday interview with CBS News’s Margaret Brennan on Face the Nation, corroborates Turkish reports on Monday that Trump sent a diplomatic letter to Erdogan last week urging him to drop a deal with Moscow or face possible sanctions.

The president also apparently said that if Turkey agreed to forgo the deal, it could be re-admitted into purchasing partnership with the U.S.’s next-generation F-35 fighter jet, as well as a potential $100 billion bilateral trade agreement.

Erdogan told the White House that Turkey would not have pre-conditions to the S-400 discussion slated for Wednesday, and defended the position that S-400s and F-35s could both be compatible within Turkey’s military, sources told Middle East Eye. The Pentagon suspended Turkey from the F-35 program in July over concerns of Russian spying on the technology.

Following the ceasefire negotiated by the U.S. and its military withdrawal in Northern Syria, Turkey and Russia agreed to a deal to oversee stabilization in the region, with Russian president Vladimir Putin calling the agreement “very important, if not momentous.” 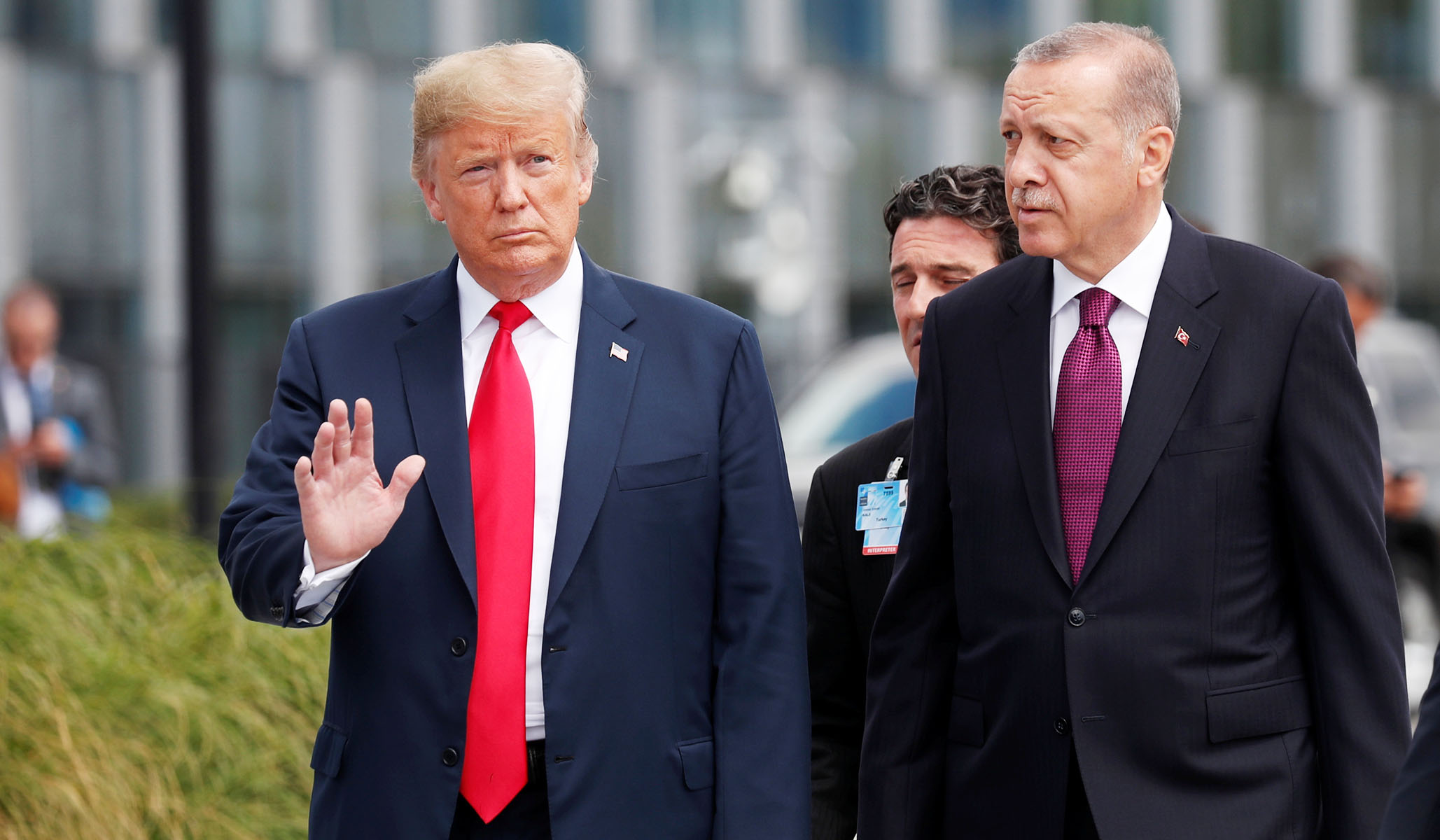