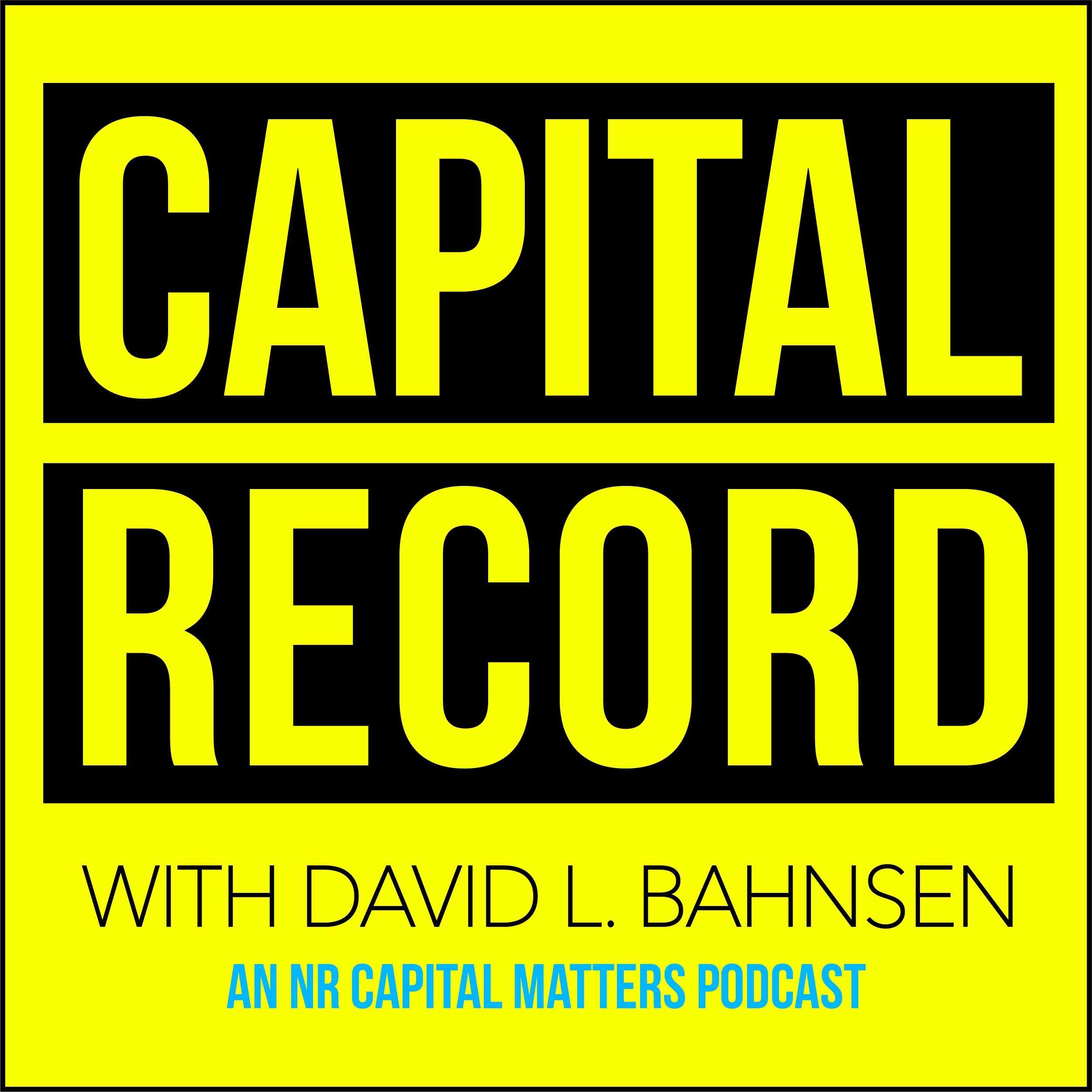 David and known free-market pundit, Stephen Moore, go round and round about the present state of affairs — from spending, to tax increases, to a growing Fed, to the lost incentives of statist thinking. Do elected officials and Wall Street success stories both suffer from the same affliction? Namely, a low regard for, or poor understanding of, the very thing that makes markets work to begin with? It’s a hard-hitting discussion across a multitude of topics you won’t want to miss.

Episode 40: Globalism, China, and the Sandwich Shop in Brooklyn

October 21, 2021
David is joined this week by National Review regular, Michael Brendan Dougherty, for a diverse conversation on politics, culture and more.

Episode 39: Not a Wolf on Wall Street

Episode 38: Why It All Matters

October 7, 2021
David tackles the very essence of Capital Record in this solo-act version of the podcast that should not to be missed.

Episode 37: Does Size Matter When It Comes to Virtue?

September 30, 2021
Jordan Ballor, Director of Research at the Center for Religion, Culture, and Democracy, joins the Capital Record to discuss with David why institutions are held in such low regard.

Episode 36: Economics for the Sowell

September 23, 2021
David is joined by Dr. Jay Richards, whose work in establishing the moral foundation of economics has been extraordinary.

September 16, 2021
David Bahnsen and known free-market pundit, Stephen Moore, go round and round about the present state of affairs — from spending, to tax increases, and more.

Episode 34: A Look under the Hood of Housing

September 2, 2021
Louis Gave of Gavekal Research comes back to Capital Record, this time elaborating on his bullish thesis for China’s bond market and currency.

Episode 32: Who You Calling Normative? Limiting Principles and the COVID Vaccine in a Free Economy

August 26, 2021
David welcomes Anthony Scaramucci back to the Capital Record to discuss COVID, mandatory vaccines, the responsibility of government, and what this ultimately all means for a free economy.

Episode 31: Tell Us How You Really Feel