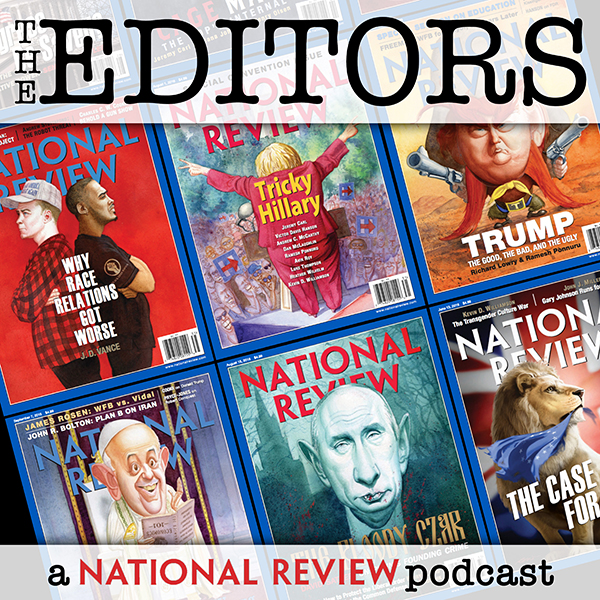 The Editors is hosted by Rich Lowry and produced by Sarah Colleen Schutte.

Latest Episodes From The Editors

October 26, 2021
The uproar in VA, the White House’s ridiculous ‘gender strategy,’ and much more.

October 15, 2021
Supply-chain disruptions, Netflix pushing on the woke mob over the Dave Chappelle special, and more.

September 27, 2021
The 2020 recount results out of Maricopa county, the ridiculous ‘whipping’ controversy from the border, and the Left’s hijacking of the word ‘women.’