The final Morning Jolt of the week continues the attempt at an all-conservative, no-RINO edition . . .

So . . . Obamacare might be well along the path to self-destruction anyway. Read Megan McArdle:

The administration estimates that it needs 2.7 million young healthy people on the exchange, out of the 7 million total expected to apply in the first year. If the pool is too skewed — if it’s mostly old and sick people on the exchanges — then insurers will lose money, and next year, they’ll sharply increase premiums. The healthiest people will drop out, because insurance is no longer such a good deal for them. Rinse and repeat and you have effectively destroyed the market for individual insurance policies. It’s called the “death spiral,” and the exchanges, like the mandate, were designed to keep it from happening.

Without the exchanges, the death spiral seems almost assured. The amount of work required to find a policy, figure out your subsidy, buy coverage and file the paperwork will be very high. And it’s unlikely that folks who can’t even be bothered to go to ehealthinsurance.com right now will do it. The Affordable Care Act made the task of signing up young healthy people on the exchanges even harder with its much-loved requirement that companies allow kids to stay on their parents’ policies until they’re 26, which took millions of potential buyers out of the pool. The ones who are left are going to be disproportionately poorer and less well educated than the middle-class offspring who can get cheap insurance through mom and dad.

If the system cannot reliably process 50 percent of its users on Nov. 1 — and I mean from end to end, including sending a valid enrollment file to the insurer — then the administration should ask for a one-year delay of Obamacare’s various regulations, including the individual mandate. Congress, including Republicans, should be ready to give it to them, with no strings attached.

Perhaps Nov. 1 seems too aggressive to you. I chose that date because it’s when Jon Kingsdale, who ran the Massachusetts exchange for its first five years, said we would be “really in deep doo-doo.” Well, let’s say Nov. 15 — the date when almost all the experts I’ve heard say we really need to be running at full speed, to handle the crush of applications sure to come between Thanksgiving and the mid-December deadline for buying insurance that starts in January.

Okay, Obama administration high command. You’ve just fought tooth-and-nail for three weeks during a government shutdown to resist Republican demands to delay the individual mandate. How do you feel about doing it because the website won’t work?

Yeah, that’s what I figured.

This is where you say, “It’s designed to fail! It’s designed to collapse the existing health care system!” That’s a really compelling theory, but the catch is that it’s got Obama’s name on it and the Democratic party has built just about all of their political capital on the idea that it would work. Democrats would be betting that after completely fouling up their signature domestic policy and one-sixth of the American economy, the voters would trust them to give it another shot, this time making even bigger, more radical, expensive and complicated changes.

A revealing, but not that surprising, note is that nobody on the Left appears all that worried about the death spiral, at least publicly. Perhaps this reflects decades of rhetoric that painted health-insurance companies as evil and greedy.

Nor do many folks on the left seem all that worried that so far, the number of people signing up and purchasing insurance is astonishingly low. Allow me to show you one of my new favorite web sites, EnrollMaven.com, just a one-man operation tracking publicly available information on how many people have signed up. 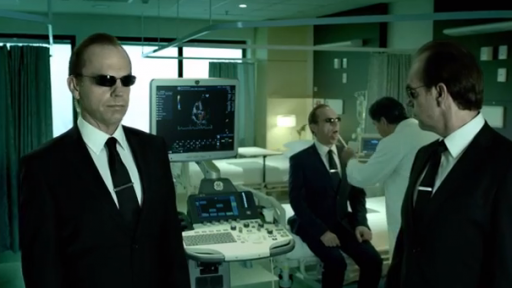 “Remember, young Americans. You are now legally obligated to purchase health insurance you’re not sure you need, and that you’re probably not going to need that much, in order to ensure the financial stability of health insurance companies.”

So how real is the death spiral?

Nearly 400 individuals ages 55-64 who enrolled in the exchange between Oct. 1 and Oct. 15 qualified for Medicaid because their income was at or below 138 percent of the federal poverty level, and nearly 600 in that same age group have signed up for plans with one of the three private insurance carriers.

Mondale served under President Jimmy Carter from 1977 to 1981 and was the first vice president to have an office in the White House.
Zachary Evans

Republican spokesman describes Whitmer's COVID actions as 'rules for thee, but not for me.'
Zachary Evans

The California congresswoman urged demonstrators to 'get more confrontational' during protests of the Brooklyn Center police shooting.
Zachary Evans

Cahill denied a motion for mistrial but explained how the California lawmaker has created a potentially significant issue on appeal if Chauvin is convicted.
Andrew C. McCarthy

The statement came in response to the defense attorney’s argument that Waters’s comments could prejudice the jury.
Caroline Downey

The PRO Act is intended to strengthen unionizing efforts and would block right-to-work laws, which allow workers to opt out of union memberships and accompanying fees.
Zachary Evans

Stanley Kurtz
The woke revolution in the classroom is about to go federal.

Caroline Downey
The statement came in response to the defense attorney’s argument that Waters’s comments could prejudice the jury.

Andrew C. McCarthy
It all comes down to intent.
View More
Loading...