Making the click-through worthwhile: slogging through the predictable arguments of impeachment; speculation about a coming epic betrayal in the Democratic primary; and some long-delayed auditory fun.

I realize those of us in the news business aren’t supposed to admit this, but impeachment bores me. We know the basic facts; we all decided whether we thought the president’s acts were worthy of impeachment and removal a long while ago; we know almost all the Democrats are going to vote for impeachment and remove; we know almost all the Republicans will vote against impeaching and removal. The only question is how slowly and painfully this process moves towards a resolution. Right now, it’s got all the momentum of a kidney stone.

As suggested in yesterday’s Corner post, I think Trump’s actions are pretty darn shady and an abuse of his powers, and there needs to be some consequence to deter him and future presidents from using the powers of the office to encourage foreign governments from getting into partisan American politics. But the established precedent is that the bar to remove a president from office is high — much higher than I thought it ought to be, back in 1998 — and there’s no getting around the fact that many of the president’s foes have sought to impeach him since he took office, on any reason they can find. On February 10, about three weeks into Trump’s presidency, the Democratic polling firm Public Policy Polling offered a survey, finding that 46 percent of all respondents supported the impeachment of President Trump, and 80 percent of all self-identified Democrats did. Representative Maxine Waters (D., Calif.) tweeted, “get ready for impeachment” on March 21, 2017, and Ted Lieu announced he was reading up on it. Way back on May 21, 2017, Ben Domenech predicted, “Democrats will impeach Trump if they win the House regardless of what the investigation finds” — and the investigation he was referring to was one about collusion with the Russians. I hope he bet a lot of money on that outcome.

The House voted on resolutions that included articles of impeachment on December 6, 2017; January 19, 2018; July 16, 2019, and finally voted to begin the current inquiry on October 31. The “coup” rhetoric from Trump and his defenders is hyperbolic and overwrought — there are no tanks in the streets, no martial law, no suspension of the Constitution — but it’s not difficult to see their point: Large swaths of the Democratic opposition never accepted Trump’s election, never recognized him as a legitimate president, and have sought to un-do Election Night 2016 with all the obsessive determination of a Terminator trying to prevent the birth of John Connor. Some Democrats want to impeach Trump, also impeach Pence, impeach Supreme Court Justice Kavanaugh, and impeach Supreme Court Justice Gorsuch. Kamala Harris pledged that if elected, her Department of Justice would pursue criminal charges against Trump. We heard the “lock him up” chant at the Washington Nationals game. It is not hyperbolic to state that many Democrats have started with their preferred verdict and are now working backwards to find the justification for it.

Andy McCarthy is correct that the impeachment process can be unpredictable once it gets started. But barring some new revelation, this thing is going to end in a few months with Trump getting impeached by the House and acquitted by the Senate — probably the appropriate ignoble legacy the president deserves, putting him alongside Bill Clinton and Andrew Johnson.

Judging from the morning headlines, I’m not the only one who’s noticed that the live gavel-to-gavel coverage is mostly bringing us information we already know.

New York magazine: “The Impeachment Hearings Get Off to a Subdued Start.”

One other note: last night, Chris Hayes tweeted, “Just to be clear: Hunter Biden in no way, shape or form should have accepted that board appointment. I don’t even really think that’s in dispute.” The Biden campaign sure has heck disputes this! In the October debate, Biden said, “my son did nothing wrong. I did nothing wrong. I carried out the policy of the United States government in rooting out corruption in Ukraine . . . My son made a judgment. I’m proud of the judgment he made.”

Based upon what we know now — and don’t tell me I don’t know about this, I’m the one who put together that gargantuan timeline — Hunter Biden and Joe Biden accepted a situation that was a glaring conflict of interest, but as far as we can tell, did not violate any U.S. or Ukrainian laws. There’s no law in Ukraine that bars putting an American official’s idiot son on your board and paying him gobs of money so that you have a highly placed friend in Washington if you need it. And U.S. bribery laws do not bar presidential relatives from working on corporate boards, even corporations that have business before the American government. (We should have a law barring that.)

CNN reports routinely include statements like, “There is no evidence of wrongdoing by either Joe or Hunter Biden in Ukraine” — which is technically true in the legal sense but represents something of a whitewash. Again, Hunter Biden’s gig with Burisma was a conflict of interest that unnerved other officials in the Obama administration and received criticism from the day his board appointment was announced.

But if we can point to an action by Vice President Biden regarding Ukraine that was provably and specifically taken in order to protect Burisma . . . this whole thing looks completely different. A lot of Trump fans believe the pressure to fire state prosecutor Viktor Shokin was brought by Biden in order to protect Burisma. If someone can prove that — and keep in mind, Shokin isn’t the most reliable witness — then this isn’t merely Trump looking for dirt on a political opponent, but a genuine case of exactly what Trump is accused of — manipulation of U.S. foreign policy for personal benefit. Of course, this should have been handled through more appropriate avenues like the Department of Justice, and not the president’s personal lawyer. But if Burisma’s appointment of Hunter Biden was a bribe to affect U.S. policy, then Trump’s repeated desire to investigate this is much more legitimate.

In this light, Hunter Biden absolutely should be a witness in this proceeding; he’s at the heart of what motivated Trump and Giuliani. If Hunter hadn’t been on that board, none of this would have happened. Unsurprisingly, House Intelligence Committee Chairman Adam Schiff has made clear he has no interest in calling Hunter Biden as a witness, telling panel Republicans, “the impeachment inquiry will not serve as vehicles for any member to carry out the same sham investigations into the Bidens or debunked conspiracies.”

Over in Politico’s newsletter this morning, Anna Palmer and Jake Sherman write, “One surprising thing we heard a few times from people of both parties: that the American public simply believes politics and government are dirty and is not surprised that the president held up military aid to force an investigation into a political rival. In fact, there’s a theory that this is seen as business as usual.” Is this surprising? Joe Biden insists his son getting an $80,000-per-month gig on a foreign company’s board is perfectly fine, Schiff refuses to even look into it, and CNN writes there’s nothing wrong with it, and anyone is surprised that American public simply believes politics and government are dirty?

A Shakespearean Betrayal in the Works?

Deval Patrick, a longtime friend of Barack Obama, is running for president. Over at Hot Air, Allahpundit predicts a scenario that would be jaw-dropping: Obama publicly endorsing his longtime buddy Patrick over his vice president, Joe Biden. Pick your comparison: Benedict Arnold, Brutus, Judas. Biden played the loyal good soldier for eight years. Alone in the Democratic field, Biden has defended Obama’s record against criticism from the left. Sure, the relationship between Obama and Biden was a little less rosy and more complicated than either man wanted to portray it. But right now, Biden is still the safest bet to be the nominee. He’s held his lead in most polls despite a lot of bumps along the road. All the alternatives have other glaring flaws, and Biden can still plausibly argue he’s the candidate most likely to beat Trump.

And now Obama could torpedo his chances, just to roll the dice with Deval Patrick? This is the sort of decision that would spur a bit of a reevaluation of Obama by historians. He’s the man who ran on hope and change, and who showed far too much loyalty to stumblebum cabinet appointees below him like Kathleen Sebelius and Eric Shinseki. Obama never fired anybody.

ADDENDA: A much-delayed edition of the pop culture podcast is coming today! We discuss the launch of Disney Plus and the new Star Wars television series, The Mandalorian, the absolute insanity of the Jets announcing head coach Adam Gase is safe through 2020, the allegedly stabbing-worthy Popeye’s chicken sandwich and how it compares to Chik-fil-A, visiting film locations, and a particular figure who didn’t kill himself. Watch this space.

Jon Huntsman is running for governor again. Say, when a guy retires as U.S. ambassador to Russia, wouldn’t you think he would take some time to write a book? You just wonder if he might have A Warning or something he would like to share. 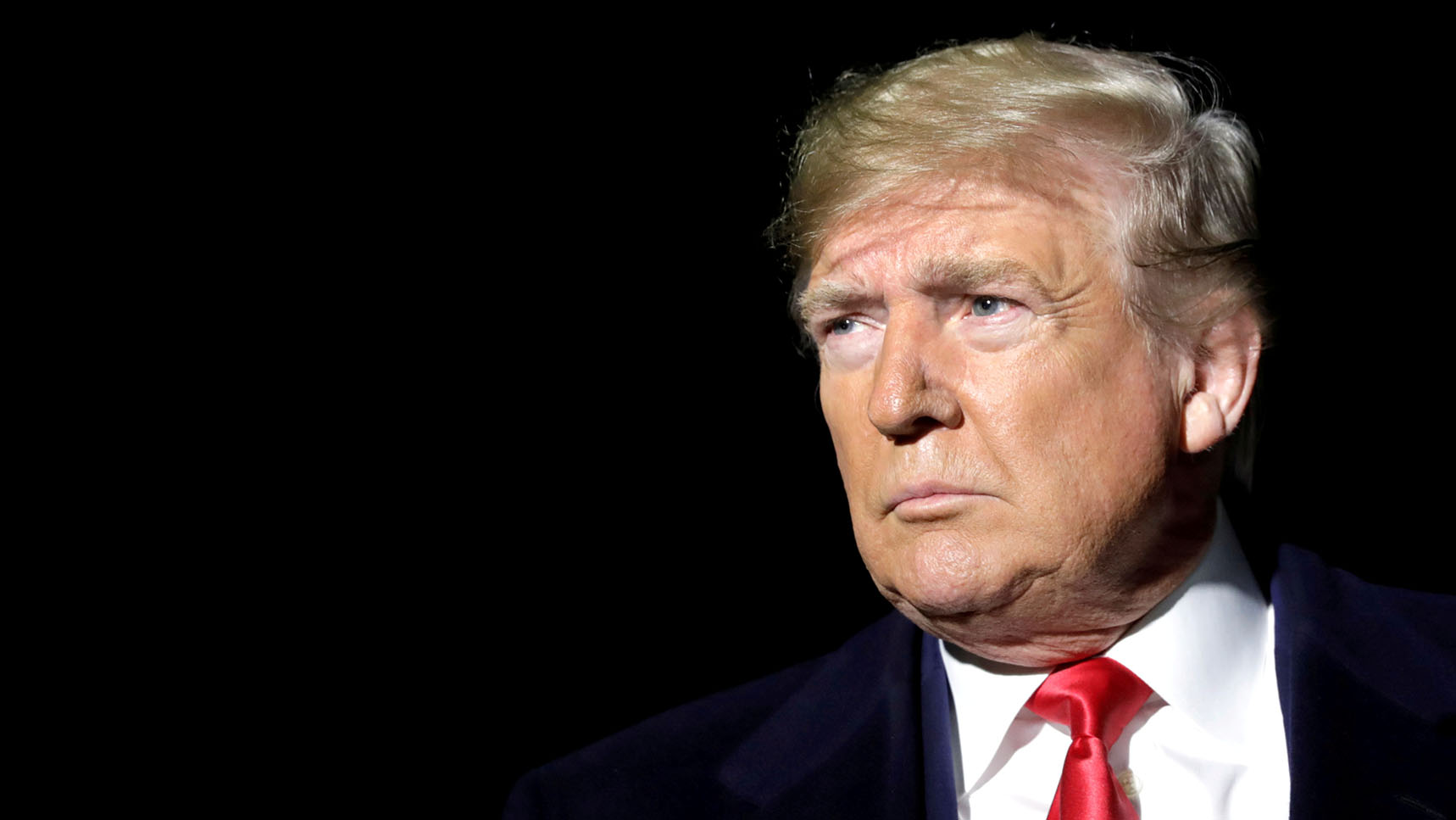