Making the click-through worthwhile: A lengthy, detailed, drama-filled profile you must read; the big 2019 election preview, with signs that the stakes are higher for Republicans than they first appear; a new survey that should send Elizabeth Warren supporters into a panic; and several news books from National Review authors.

The Bull Who Takes No Bull in the Courtroom

Before I go any further, check out my especially lengthy and detailed profile of John Durham, the legendary federal prosecutor that U.S. attorney general William Barr selected to investigate the origins of the special counsel’s probe into Russian interference in the 2016 election, and whether it was properly predicated. I believe this is the longest, most detailed, and most thorough profile of Durham ever written — and he is a man who does not like to be the subject of profiles.

Durham’s career has it all — prosecuting mobsters with colorful nicknames, Ku Klux Klan, Whitey Bulger, corrupt FBI agents, ruthless street gangs, threatening the Central Intelligence Agency with an FBI raid, and coming as close as anyone has to cracking the biggest art theft in American history. We have no idea what Durham will find in his investigation of what prompted America’s law enforcement and intelligence agencies to start sniffing around the Trump campaign. But based upon everything I’ve learned while researching his career, reading court records, and interviewing his colleagues and former opposing counsel if Durham comes back with an indictment, he’s extremely likely to get and sustain a conviction. And if he chooses not to press charges, it probably means that no prosecutor could sustain a conviction based upon the available evidence.

Tomorrow is Election Day. For an off-year election, the stakes are surprisingly high for the Republican party; this year’s handful of races could end up being the canary in the coal mine.

Permit me to start closest to home here in Virginia. Hans Bader is deeply worried about a second blue wave hitting Virginia’s state legislature, and last week I laid out all the headwinds facing Virginia Republicans this cycle. Democrats made their peace with the scandals of Governor Ralph “Blackface” Northam, allegations of sexual assault against Lieutenant Governor Justin Fairfax, and another blackface scandal involving Mark Herring, the state’s attorney general. The GOP had a couple of inconvenient retirements, left a quarter of the state house races unopposed, the district lines were redrawn in a way that makes reelection tougher for a handful of Republicans, and one GOP incumbent didn’t file his papers in time and has to run as a write-in candidate.

There are some Virginia Republicans who think that the redistricting is only enough to reduce the margin of GOP victory in these seats, not flip them. Tim Hugo, the last Republican state delegate in the Virginia suburbs closest to Washington, is still hanging on, although his win is far from assured.

There are a few opportunities for GOP pickups in the tenth district, where incumbent Democrat Wendy Gooditis (D) is seeking her second term against former state Deligate Randy Minchew, and in the 85th, where Rocky Holcomb is running for his old seat in an open seat race against Alex Askew; Holcomb lost by just a few hundred votes in 2017.

Republicans find it easy to believe that gloomy polls are wrong and that there is a segment of the electorate that intends to vote for GOP candidates but doesn’t want to tell a pollster. It’s easy to believe that “shy Republicans” like the old “shy Tories” exist, but the question is how many there are and how many will actually show up to vote — one percent of the total vote? Two or three? Enough to swing these competitive races?

One more note about absentee ballots: So far, as of Sunday, 175,554 Virginians have requested absentee ballots, and 135,728 have been returned. There are nearly 40,000 absentee ballots floating around out there. If a Virginian who requested an absentee ballot shows up to vote on Election Day, they are required to bring in the unused absentee ballot and return that. If they don’t, they can only cast a provisional ballot after presenting to the officer of election a signed statement declaring that he did not receive the ballot or has lost the ballot, subject to felony penalties for making false statements.

The victory of Kentucky governor Matt Bevin in 2015 was a pleasant surprise for the GOP, and perhaps an early indicator of Trump’s strength. Whether you included the independent candidate or not, Democrat Jack Conway almost always led. Bevin won by 8 percentage points; Republicans have to hope for the same this year — although polling has been surprisingly sparse this cycle. Mike Pence campaigned with Bevin Friday, and Trump is holding a rally tonight in Lexington, Ky.

Louisiana governor’s race matches up the last pro-life Democratic governor, John Bel Edwards, against Republican Eddie Rispone. The campaign didn’t seem to be generating as much interest as usual, but then early voting hit a new record.

John Couvillon, a Baton Rouge pollster with JMC Analytics & Polling, says the early vote is probably a wash for the two contenders: “Because while the black share of the electorate increased 6 percent relative to the primary, the Republican share only decreased 3 percent. The remainder of the decrease came from lower turnout (percentage-wise) from white Democrats and white Independents. And since Governor Edwards has been running strongly among white Democrats (60-37% in the last poll JMC conducted and publicly released) and relatively well among white Independents (he trails 38 percent to 56 percent in the last poll), the incremental benefit to his campaign isn’t as much as it would seem, because the Republican percentage of the electorate remained relatively high, and among this group, Governor Edwards trails 17-79 percent.”

Kentucky, Louisiana, and Mississippi are all perceived as heavily Republican states, even though southern Democrats who run for state offices are usually significantly more competitive than those who run for U.S. Senate or statewide. Democrats are convinced that their strategy in Virginia — contend that Trump represents a xenophobic, racist, backwards approach to governance that alienates all of those soccer moms and white-collar workers — will work in other traditionally Republican-leaning states like North Carolina, Georgia, Arizona, and perhaps even Texas. Any big statewide wins tomorrow will convince Democrats that they’re on the right track and that Trump is a unique albatross in the party, even in once-deep-red places. (In the case of Louisiana, Edwards’ social conservatism — signing a fetal heartbeat law into effect — scrambles the usual political calculus.)

Tomorrow New Jersey will hold elections for all 80 state assembly seats, but no one is expecting a dramatic change. Democrats hold a 54-26 majority and are all but guaranteed to keep their majority. Correspondents for the New York Times contend that President Trump and impeachment are major issues in the races, which doesn’t make a lot of sense because the New Jersey state assembly doesn’t vote on impeachment. Apparently, Tip O’Neill has now been entirely reversed; no politics are local anymore.

In Pennsylvania, voters will consider a referendum on victim’s rights that would allow crime victims to sue the state if their rights, like being notified of a perpetrator’s release from prison — are violated. The ACLU opposes the referendum, contending that it is vaguely written and superfluous.

Proposition 8 would create a fund for flooding projects such as drainage, mitigation and Proposition 9 would allow precious metals such as gold, silver, and platinum held in depositories to be exempt from property taxation.

A ‘Wow’ Poll That Should Freak Out Elizabeth Warren Supporters

Yikes. It’s easy to put too much faith in polls, but a result like this probably ought to get Democrats to contemplate their upcoming decision with great care. The New York Times finds that among likely voters, Elizabeth Warren is tied in Arizona, trails President Trump by 2 percentage points in Wisconsin and Pennsylvania, and trails Trump by 4 points in Michigan, Florida, and North Carolina. That’s the sort of thing that will probably leave a lot of Democrats breathing into paper bags. Maybe Warren resembles Hillary Clinton a lot more than her supporters want to admit.

ADDENDUM: Tomorrow is publication day for two big books from National Review editors — The Case for Nationalism, from Rich Lowry, and Richard Brookhiser’s newest work of history, Give Me Liberty: A History of America’s Exceptional Idea. Pre-order them, hunt for them at your nearest bookstore, add them to your holiday wish list. And while you’re at it, throw in Kathryn Lopez’s A Year with the Mystics, which is not about the Washington WBNA team, but in fact a tour through the mystical writings of the Church and finding Christ in a world that is often filled with noise, distractions, and “the constant busy-ness of life.” Get all three of these and you’re covered on country, history, and faith. 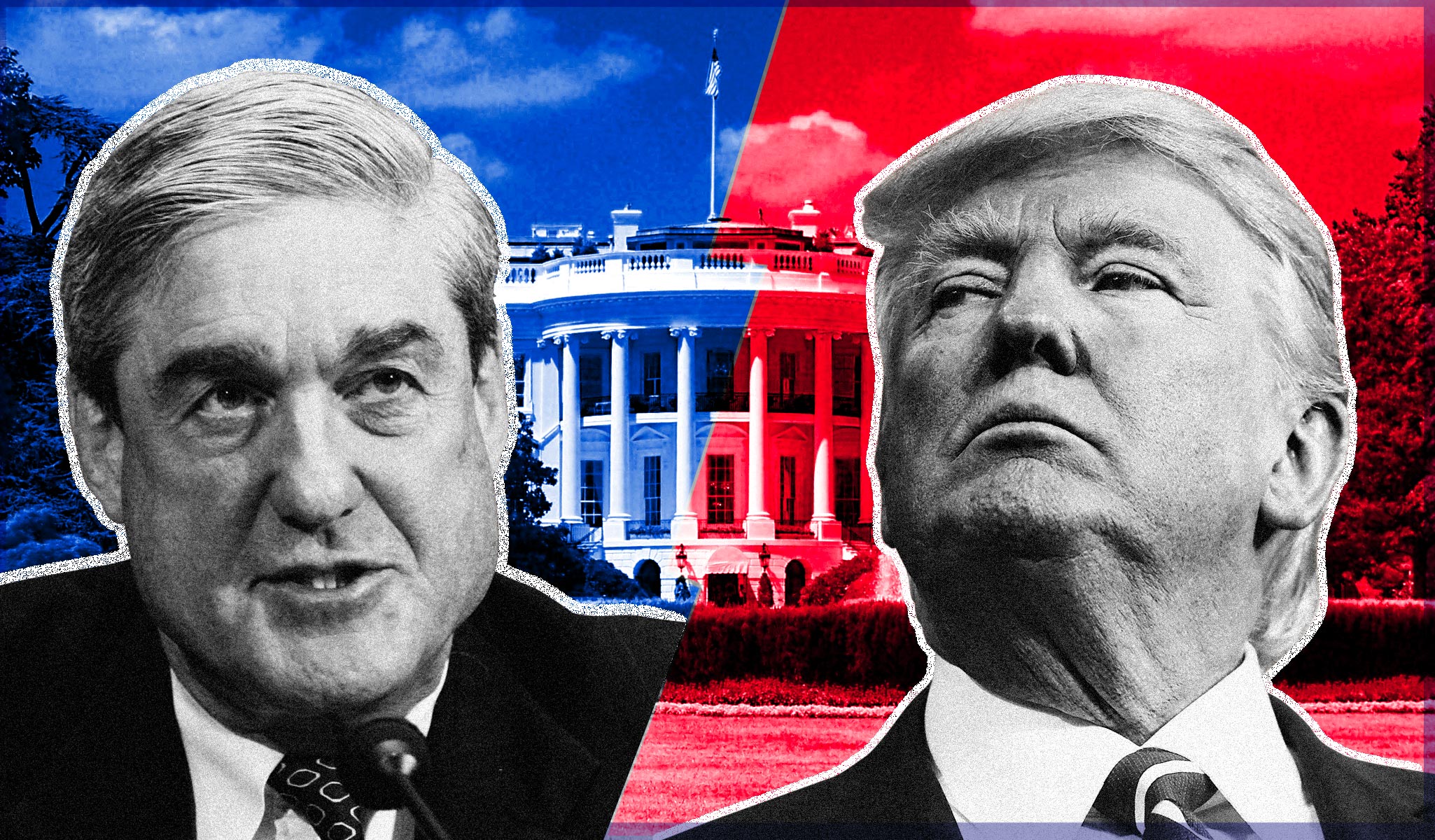