Nicki Minaj Causes the Establishment to Go Defcon One

Unions Fight Back against Vaccine Mandates

The Problem with Biden’s Vaccine-Hardball Strategy

How Many Times Will We Gasp in Horror at Acts of Terror?

As a longtime reader wrote in this morning, “Jesus walks beside us, but the devil’s not far behind.” The latest from the deadly terror attack in Manchester:

Police and the security services believe they know the identity of the suicide bomber who killed 22 people — including children — in an explosion that tore through fans leaving an Ariana Grande pop concert in Manchester.

As the first arrest was made in connection with the attack, Prime Minister Theresa May disclosed that the authorities think they know who carried out the atrocity and confirmed they are working to establish if he was acting as part of a terror group.

Mrs. May said “many” children were among the dead and 59 injured in the bombing at the Manchester Arena on Monday night as thousands of young people streamed from the venue.

Her statement came moments before police disclosed that a 23-year-old man was arrested in South Manchester on Tuesday morning in connection with the bombing.

Moments before this e-mail newsletter was sent to the editors, an ISIS posted a message online claiming responsibility for the attack. Then again, these guys take credit for anything bad that happens.

The statement from the Queen:

The whole nation has been shocked by the death and injury in Manchester last night of so many people, adults and children, who had just been enjoying a concert.

I know I speak for everyone in expressing my deepest sympathy to all who have been affected by this dreadful event and especially to the families and friends of those who have died or were injured.

I want to thank all the members of the emergency services, who have responded with such professionalism and care.

The Department of Homeland Security doesn’t see any particular threat to Americans right now, but some venues may take additional precautions anyway.

U.S. citizens in the area should heed direction from local authorities and maintain security awareness. We encourage any affected U.S. citizens who need assistance to contact the U.S. Embassy in London and follow Department of State guidance.

At this time, we have no information to indicate a specific credible threat involving music venues in the United States. However, the public may experience increased security in and around public places and events as officials take additional precautions.

We stand ready to assist our friends and allies in the U.K. in all ways necessary as they investigate and recover from this incident.

Our thoughts and prayers are with those affected by this incident.

Yes, we know there is great evil in this world. It doesn’t need to keep proving itself to us, over and over again.

When something like this happens, people rush to social media. We’re told to be wary about initial reports; they’re often wrong or contradictory. But sometimes the caution goes a little further; expressing any thought beyond anything confirmed by authorities is seen as some sort of social wrong.

Last night someone upbraided me, “You don’t even know it was an attack yet!”

Look, when there’s a sudden explosion that occurs in a public place just at the moment that location is most crowded… yes, it could be a spectacularly ill-timed natural gas leak or some other accident. But the odds are against it. In the first moments of national television coverage of “explosions at the Boston Marathon,” I remember hearing this some television commentator wondering if it was a gas leak, and asking out loud to the screen, “just how likely do you think it is to have two gas leaks ignite 200 yards apart on the day of the marathon along the race route, near the finish line? Just how astronomical are the odds of that happening by chance?”

There’s no crime in applying past experience to current conditions. This explosion didn’t happen in a vacuum. It comes after the Madrid train bombing in 2004, the Beslan school attack that same year, London’s 7/7 bombings in 2005, the attack on Charlie Hebdo and the attack on Bataclan and other targets in 2015, the bombing of the airport in Brussels in March 2016, the truck attack in Nice in July 2016, the Christmas-market attack in Berlin in December, the Westminster Bridge attack in March, the subway bombing in St. Petersburg in April…

Sometimes the perpetrator surprises us. I was among those who initially figured the July 2011 bombing in Oslo, Norway had to be Islamists; it turned out to be a far-right maniac.

But when we hear those first reports about something awful happening to children at a concert, or some other public event that should be a place of joy… well, we know in our guts what probably caused it.

It Never Hurts to Listen to Your Lawyer

This is a wise decision by the president…

President Trump is moving rapidly toward assembling outside counsel to help him navigate the investigations into his campaign and Russian interference in last year’s election, and in recent days he and his advisers have privately courted several prominent attorneys to join the effort.

Of course, it all depends on the president’s willingness to take advice from his lawyers and let his lawyers defend him in both court and the court of public opinion, instead of winging it with stream-of-consciousness defenses in live interviews.

Yes, this is a big scoop by the Washington Post, and it further reveals that Trump is wildly oblivious to even the concepts of propriety and what sorts of things his intelligence staffers can and cannot do:

Trump made separate appeals to the director of national intelligence, Daniel Coats, and to Adm. Michael S. Rogers, the director of the National Security Agency, urging them to publicly deny the existence of any evidence of collusion during the 2016 election.

Coats and Rogers refused to comply with the requests, which they both deemed to be inappropriate, according to two current and two former officials, who spoke on the condition of anonymity to discuss private communications with the president.

But having said that…

Why do we keep seeing “former officials” mentioned as sources in these stories? Are they former Obama-administration officials?

Why are people who are currently outside of the U.S. government privy to these sorts of conversations?

ADDENDA: Americans for Prosperity unveils a new video further criticizing the idea of the “Border Adjustment Tax” and contends that the primary problem for American manufacturers is the high corporate tax, not an additional tax on imported goods, which will amount to higher prices for consumers. 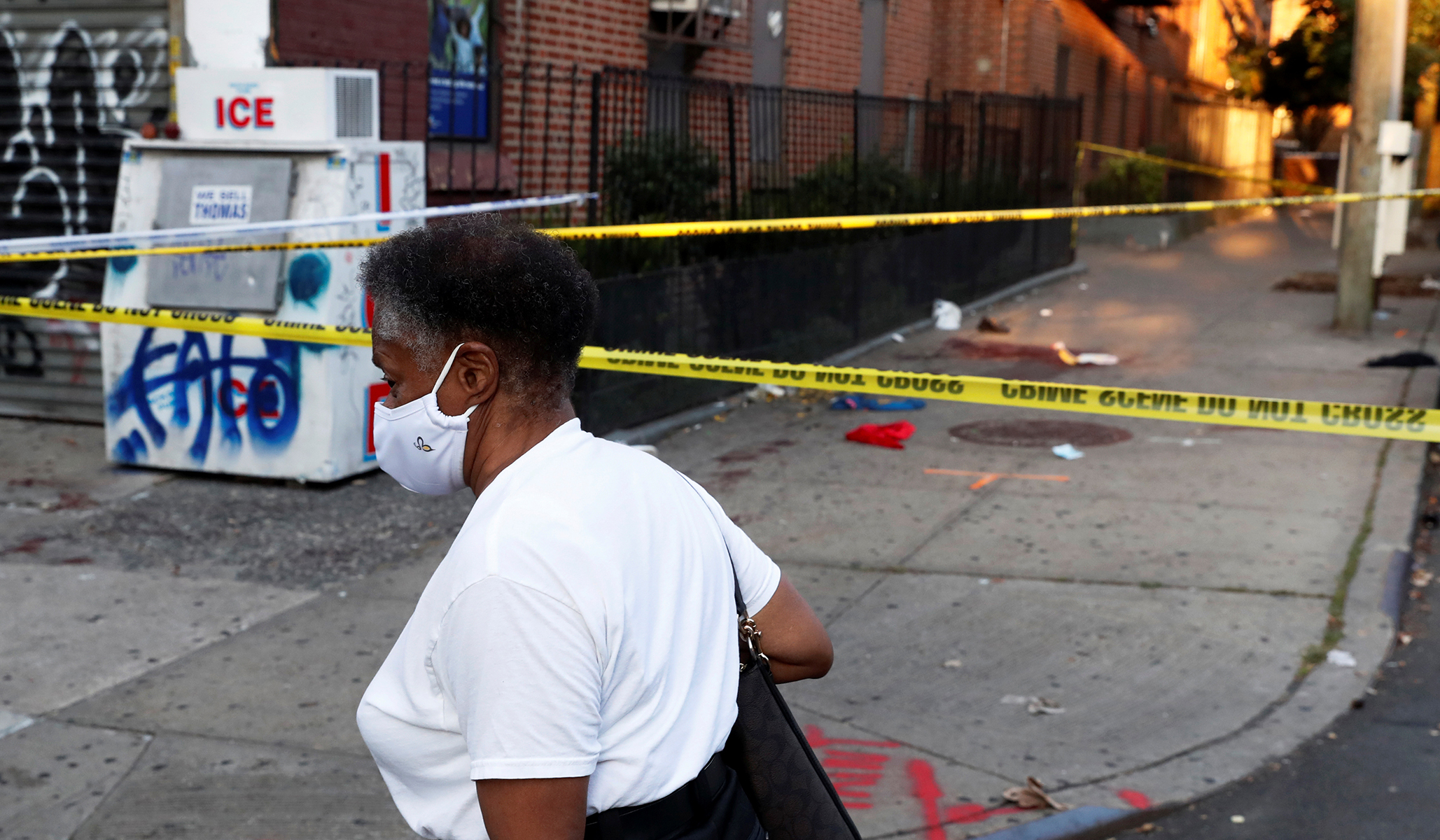 The Path to Reform 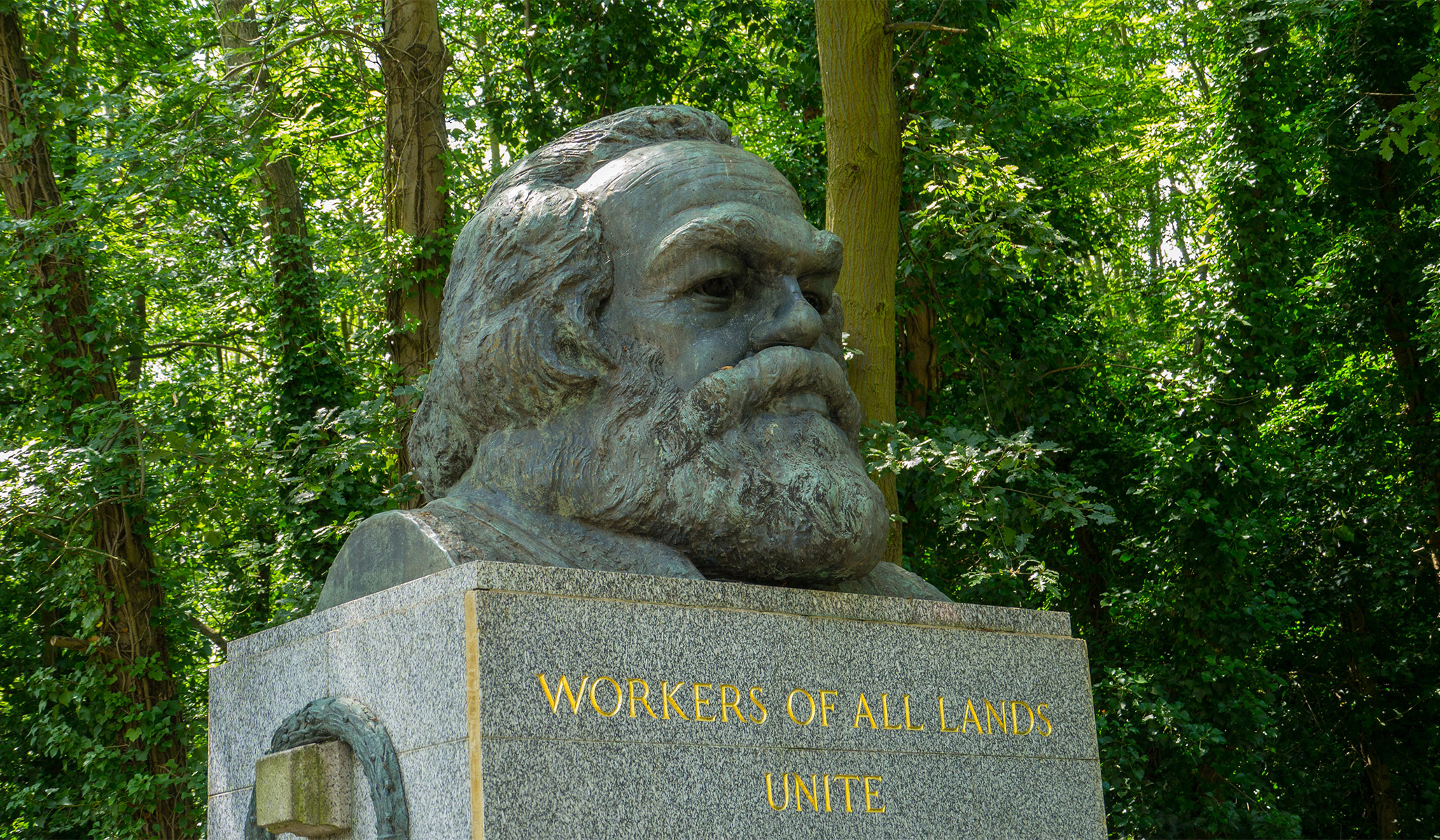 A review of Maverick: A Biography of Thomas Sowell, by Jason L. Riley.
Phillip W. Magness 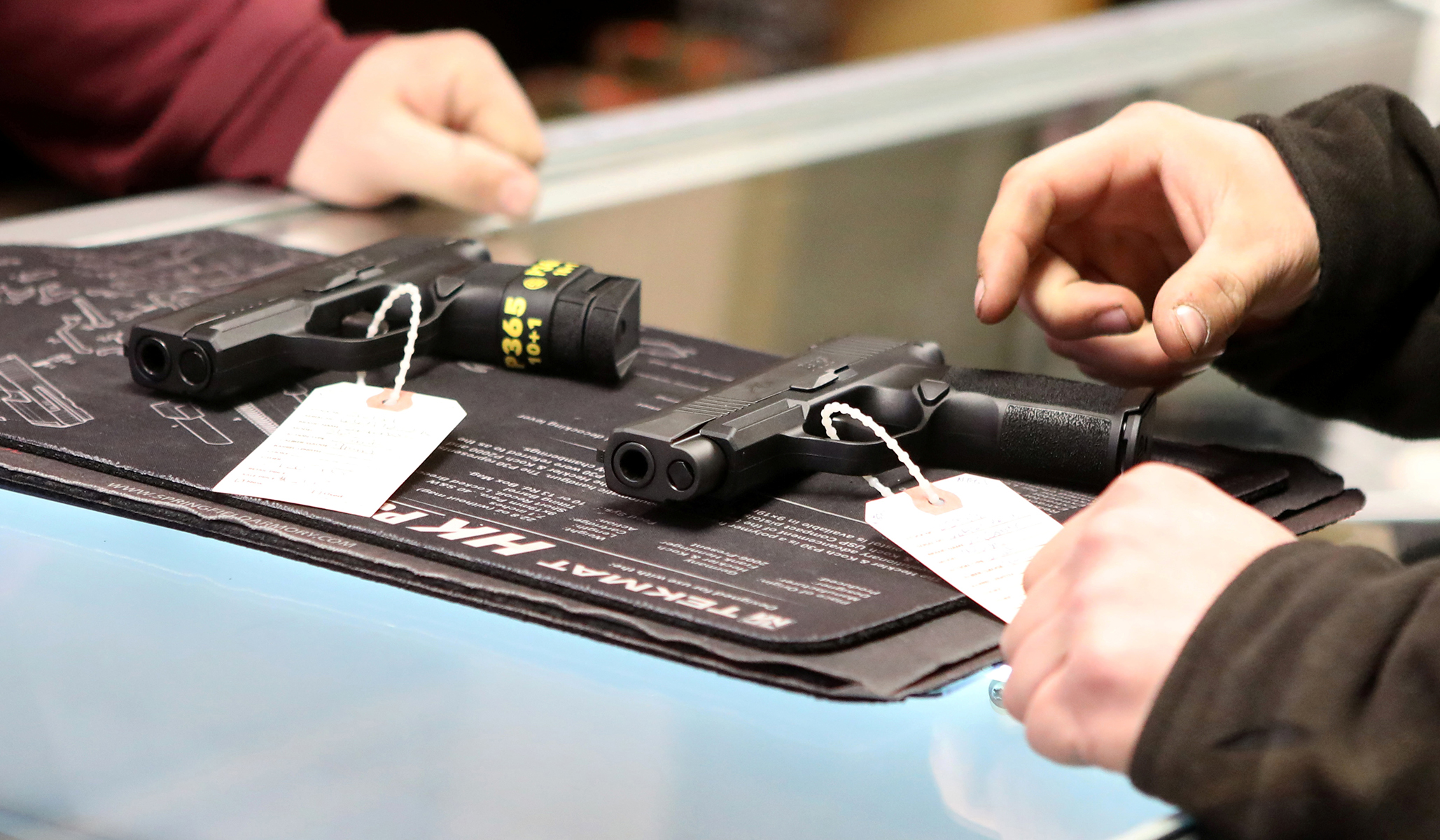 Why don’t we enforce the laws that exist?
Kevin D. Williamson 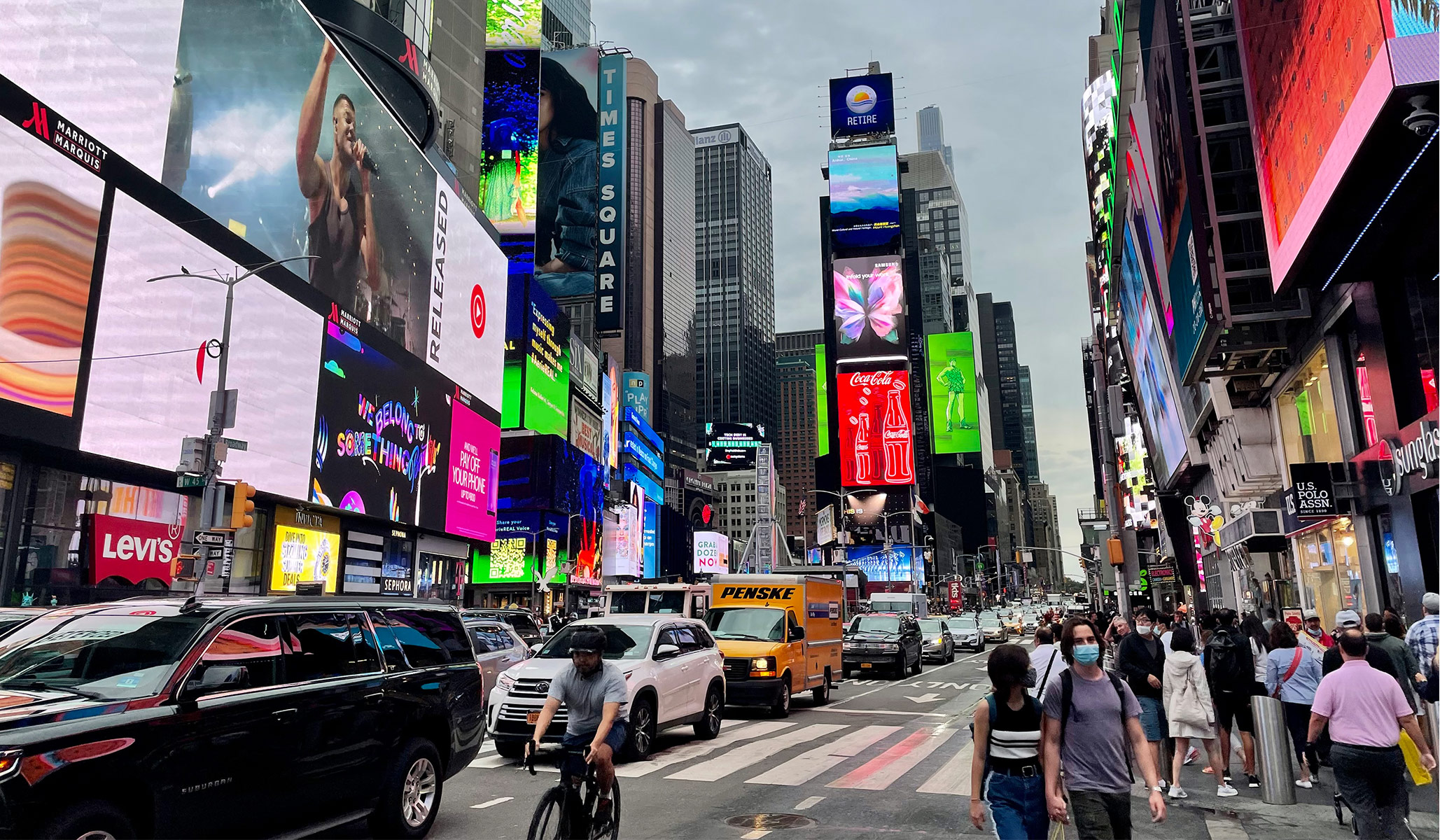 On the rise and fall -- and rise again? -- of a city.
Jay Nordlinger 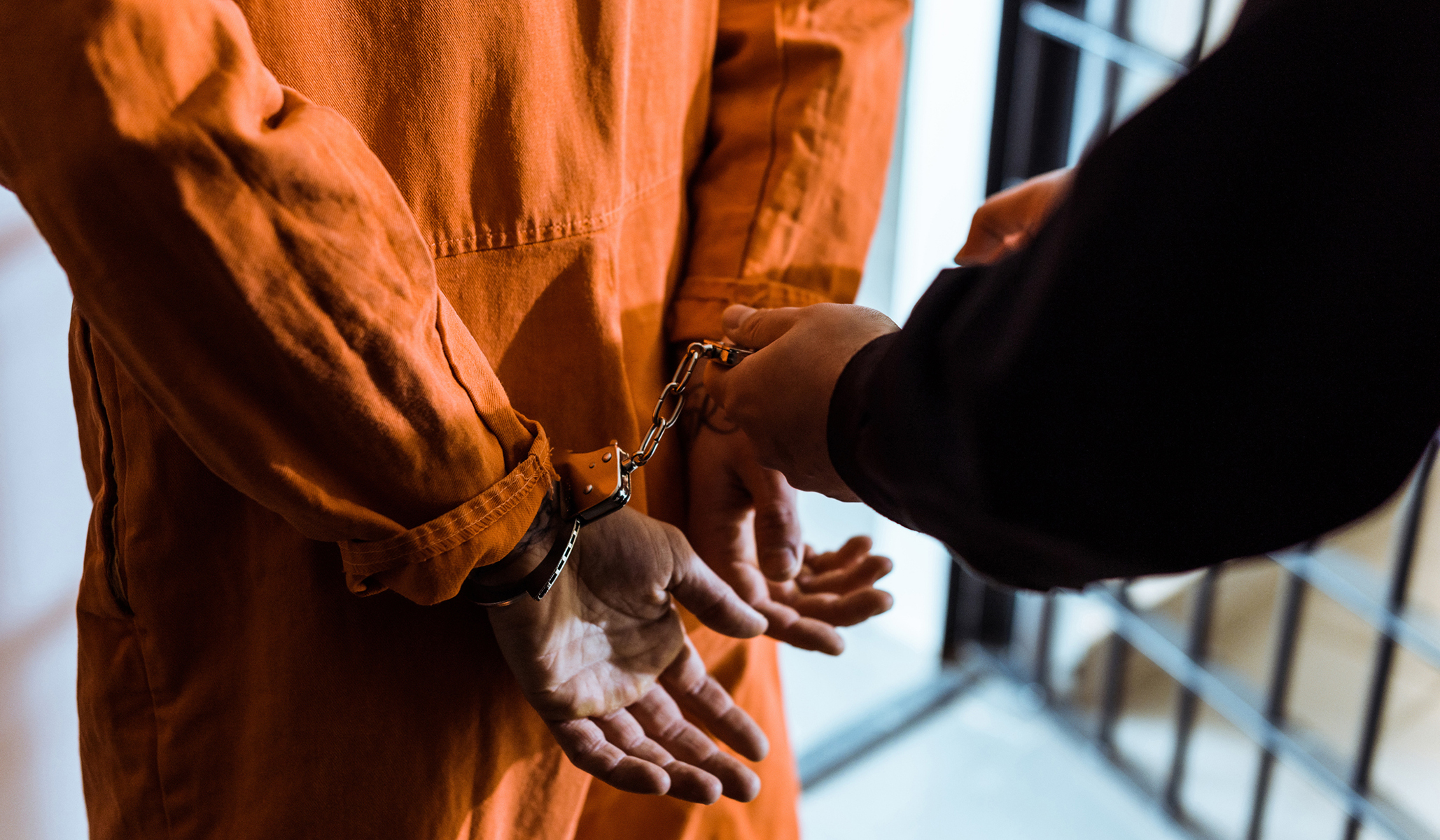 Long-term changes in domestic structure are a reality with which to cope.
Robert VerBruggen

The lawyer is suspected of passing along a tip to the FBI on behalf of the Clinton campaign, and then lying about it.
Caroline Downey