Making the click-through worthwhile: asking whether it’s time for America to start designing and building a national war museum focused upon our post-9/11 wars; Canadian prime minister Justin Trudeau’s energy policy is disappointing his liberal allies; former Massachusetts governor Deval Patrick wants to run for president, but it’s probably too late; and a familiar name is running for Congress in Baltimore.

If Building a Museum Is a Good Idea, It Shouldn’t Matter if There Still Are Troops Deployed

Yesterday America honored those who served and those still serving on Veterans Day.

While getting away this past weekend in Toronto, the Mrs. and I visited Casa Loma. Yes, it’s the old castle-like mansion where they filmed the X-Men films — a fascinating early 20th-century display of ostentatious wealth and fairy-tale architecture by Sir Henry Pellatt.

The museum display on Afghanistan is just a small corner of a room covering the regiment’s more recent deployments, which included Kosovo and Sudan. But the display got me wondering: is it time to start thinking about a National Museum of the Afghanistan War? And should the U.S. have a separate or conjoined museum for the Iraq War? (Would the name “National Museum of Post-9/11 Wars” be too awkward?)

Inevitably, someone out there is going to cluck about the irony of building a museum for a military operation that is still ongoing, and while U.S. troops are still deployed in those operations. But if you wait until the operation is completely done to begin even thinking about preserving a record to tell the story to future generations . . . you’ll be waiting probably, at minimum, another half-decade.

The U.S. still has about 5,000 troops in Iraq, and militias are still firing rockets at the air base where our troops are stationed. The U.S. still has 13,000 troops in Afghanistan, 3,000 in Saudi Arabia (where Iran is firing rockets, remember), and Joint Chiefs Chairman Army Gen. Mark Milley said Sunday that 500 to 600 U.S. troops will remain in Syria indefinitely to prevent a resurgence of ISIS. Milley said of the U.S. presence in Afghanistan:

In order for that mission to be successful, the government of Afghanistan, the Afghan security forces, are going to have to be able to sustain their own internal security to prevent terrorists from using their territory to attack other countries, especially the United States. That effort is ongoing. It’s been ongoing for 18 consecutive years. I suspect it will be ongoing into the future for several more years.

A strange thing happened in our national life as the Vietnam War receded into the rear-view mirror. One of the most bitterly divisive issues in our country’s history calmed, and gradually — some might say, far too gradually — shifted into a broad-based respect and appreciation for the men who fought in it and women who tried to keep them in one piece in the Army Nurse Corps. Even the most fervent war opponents could recognize that this country treated its returning veterans terribly back in the 1960s and 1970s, and I wonder if our current much broader cultural appreciation of veterans stems from a sense of guilt over that dishonorable not-so-distant history. You can think the war was a terrible mistake and still feel a sense of gratitude, awe, and appreciation for those who served in it — and a determination to see that those who served are treated right, in areas ranging from veterans benefits to health care options to post-military careers to naturalization for those born overseas.

And perhaps the creation of a national museum telling that story, as seen by the men and women on the ground, would slightly accelerate us towards that consensus. On September 10, 2001, few if any Americans wanted to send U.S. military forces to Afghanistan to overthrow the Taliban, and if the U.S. had known the true limits of the Iraqi WMD program — long-abandoned programs with roughly 5,000 chemical warheads, including sarin, nerve and mustard agents — few Americans would have perceived a pressing need to depose Saddam Hussein in March 2003. Few Americans wanted to intervene in Syria’s bloody and messy civil war, but the Islamic State gradually became a threat too dire to ignore. Americans didn’t ask for these responsibilities; fate and geopolitics dumped them in our laps.

You would never know it from reading the American press, but the reality of governing increasingly requires the frequently-face-painted, one-time progressive heartthrob, newly reelected Canadian prime minister Justin Trudeau to disappoint his allies on the Left.

One of Toronto’s liberal columnists is upset with Trudeau, accusing him of being “Washington’s shill in the Americas,” for opposing Bolivian President Evo Morales’ attempt to snare a fourth term.

The Canadian government’s current agreement with the United States for handling refugees is currently being challenged by advocates who argue that the United States is no longer a safe country for refugees. Under an agreement signed in 2005, Canada can make refugees wait in the United States while evaluating their claims. “To defend the agreement, government lawyers need to stand up, in court, for the U.S. asylum system under Donald Trump. For a party and a prime minister whose progressive bona fides have taken a battering over the past year, that’s a nightmare scenario.”

Trudeau irked environmentalists by supporting a large expansion of the Trans Mountain pipeline running from Alberta to the coast of British Columbia, which would nearly triple the capacity of oil running through the pipeline. Apparently, some greens thought Trudeau would abandon his promise in the negotiations to form a majority government, but he hasn’t yet and doesn’t appear likely to anytime soon.

Finally, on Monday the environmental group Climate Transparency found that the per capita greenhouse gas emissions are slightly lower in the United States (18.1 metric tons) than in Canada (18.9). From 1990 to 2016, Canadian greenhouse gas emissions increased by 17 percent; in the United States, by just one percent. While 4.6 percent of the Canadian energy supply comes from solar, wind, geothermal and biomass, 6.1 percent of U.S. energy comes from those sources.

Often — not always, but often — idealistic progressives get elected and step into office, get a look at the balance sheets and projected consequences of their policies . . . and then shriek in terror and hastily retreat. Barack Obama helped create a worldwide system of stealthy lethal drone strikes and unparalleled domestic surveillance methods. The state of Vermont abandoned single-payer. In California, Gavin Newsome drastically scaled down the state’s high-speed rail project and vetoed a bill to “lock in” the state’s air and labor laws that existed on Jan. 19, 2017, the day before President Donald Trump took office.

This is the sort of lesson that Democratic presidential candidates would be wise to heed, but they’re still in the free-ice-cream-for-everyone-forever mode of campaign promises.

Finally, a Candidate for Those of Us in the Procrastinating-American Community

Sure, why not one more? Former Massachusetts governor Deval Patrick is thinking of belatedly launching a presidential bid.

Way back before the 2020 Democratic presidential primary started, I noted that former Massachusetts governor Deval Patrick was the kind of candidate Democrats would be wise to consider. Two-term governor, progressive on a bunch of issues but not the kind who will scare Wall Street, had actually been through a crisis with the Boston Marathon bombing, and African-American, when the Democratic Party would like to see African-American turnout get a little higher than it was in places like Cleveland, Milwaukee, Philadelphia, Detroit, Charlotte, Miami Gardens and so on.

But as former DOJ spokeswoman Sarah Flores points out, all of this is moot if Patrick doesn’t have a plan to get himself on the ballot in a whole bunch of states — and it is really difficult to get on the ballots in all the places you need if you don’t have A) high name recognition or B) about $7 million handy or ideally, both.

ADDENDA: Of course, one of the days I’m away, Michael Bloomberg flirts again with a campaign to become America’s strict new high school principal. Do you realize we’ve been doing this dance with Bloomberg since 2006?

. . . In keeping with royal tradition, the U.S. House seat of the late Rep. Elijah Cummings will be inherited by his wife, Maya Rockeymoore Cummings; her inheritance will become official with the routine formality of the special House election Democratic primary February 4, followed by an even more routine formality called a “general election” April 28. Several figures who mistakenly believe that who occupies a seat in Congress is determined by elections, and not inherited through marriage or family connection, are insisting upon their name appearing on the ballot, such as Fox News commentator Kim Klacik. 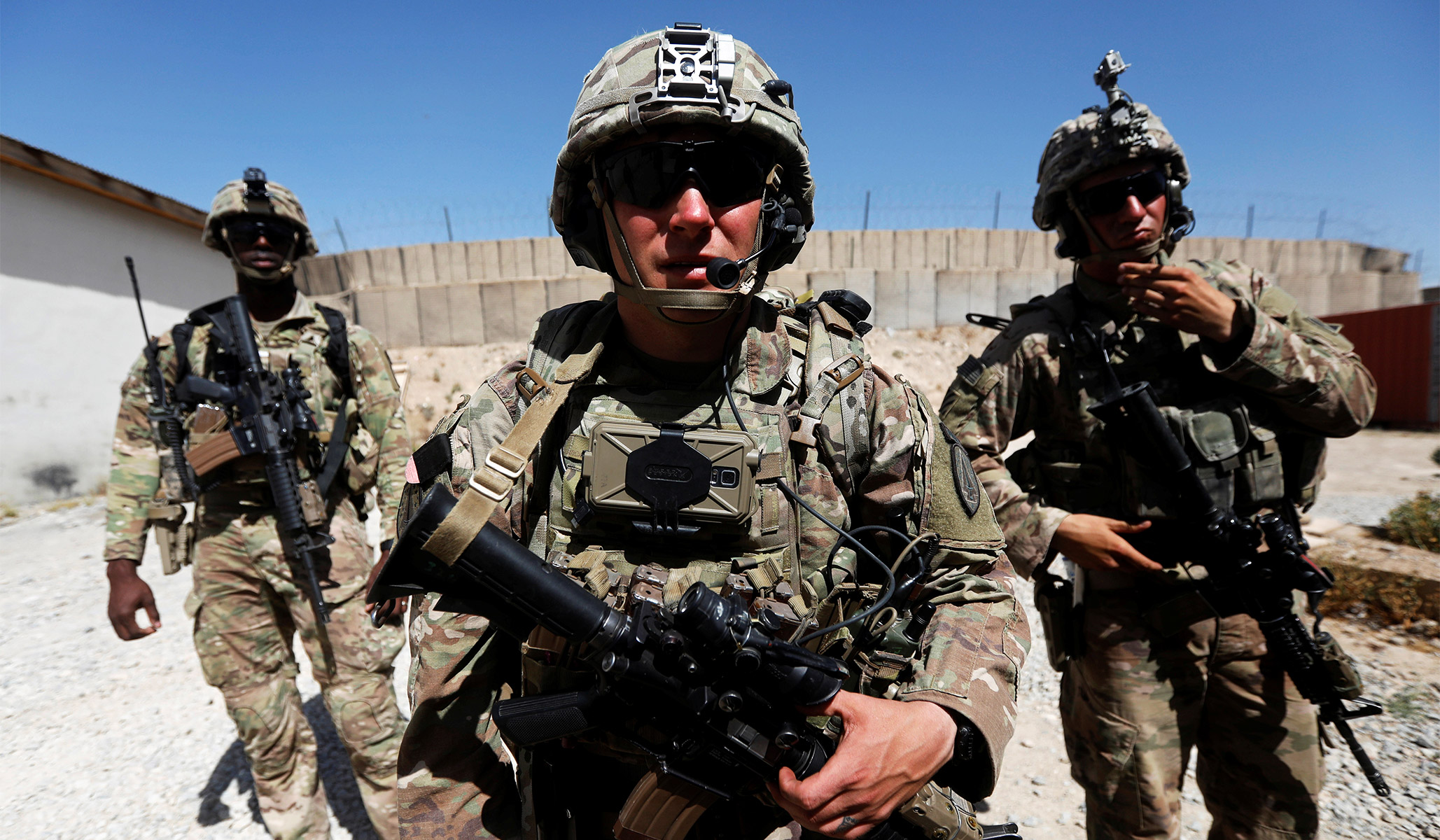