Making the click-through worthwhile: What the career of Al Sharpton can tell us about the current racial controversy surrounding Starbucks, Michael Cohen’s schedule gets a little busy, and some ominous news about how the Russian government sees the world and the weapons they want to develop.

The Starbucks Controversy, and How Al Sharpton Went Mainstream

You have to wonder how the nation’s 175,000 Starbucks employees are feeling this week, knowing that on May 29, all stores will close for one day to conduct anti-bias training after two African-American men were arrested at a Philadelphia coffee shop. The manager of that store who called the cops has already been dismissed, and the CEO has apologized profusely. All of those Starbucks employees had nothing to do with the incident in Philadelphia, but they must commit acts of penance nonetheless.

The leadership of Starbucks unwisely granted the mob’s premise — that the entire company is tied to the action of the Philadelphia employee — when it announced it would close every store in the chain (that’s 8,000 stores) on May 29 to train 175,000 employees in how to avoid racial bias. This centralized the manager’s action instead of distancing the corporation from it. It’s as though the entire city of Richmond vowed to undertake a reeducation program every time one of its citizens commits a crime. The move guaranteed that “Starbucks” and “race” will continue to be linked in the public imagination for weeks to come.

I suspect you can trace the country’s unexpected path to this mindset on racial controversies by following the twists and turns in the career of Al Sharpton.

If you grew up in the greater New York City area in the 1980s, one of the more remarkable aspects of modern American life is how Sharpton somehow became a respected national voice on race. Back then Sharpton was overweight, had a wild pompadour, and wore sweatsuits and giant medallions on gold chains, and was much more widely seen as a buffoonish character — particularly after the Tawana Brawley case and the arson at Freddie’s Fashion Mart. If there was a bad, racially-charged incident in New York City in the 1980s and early 90s – and there were plenty of those – Sharpton could be counted on to show up and make a bad situation worse. In Thomas Wolfe’s novel The Bonfire of the Vanities, the opportunistic, cynical demagogue “Rev. Reginald Bacon” is fairly obviously inspired by Sharpton.

He was once a very safe target for comedians; let me show you Late Night with David Letterman‘s Top Ten list on May 4, 1991:

10. To avoid overweight charges for your luggage, wear as many of your medallions as possible.

9. Don’t forget the electrical adapter for your blow dryer.

8. All foreign food is good if you bring your own gravy.

7. Before making reservations, make sure hotel has a Fat Guy Suite.

6. If hair pomade is not available in Far East, duck sauce will work.

5. March on Buckingham Palace to protest fact that there hasn’t been a black king in years.

4. When in Venice, have them load up front end of gondola with sacks of peat moss to balance you out.

3. If the pope tries wearing some big medallion, go ahead and wear two.

2. Be careful: In some countries, being loud and obnoxious is considered rude.

1. Trust me: One jogging suit is all you’ll need.

But somewhere along the line — perhaps the NYPD shooting of Amadou Diallo? — the mainstream media started to take Sharpton more seriously and despite his past incendiary comments — in the case of Freddie’s Fashion Mart, perhaps almost literally — he was treated with much more respect. He ran for president in 2004 and no one in the Democratic party was willing to take the heat that would arrive with the obvious declaration that Sharpton wasn’t a serious candidate and didn’t belong on the debate stage. (Among Sharpton’s helpers that year? Longtime Donald Trump friend and ally, Roger Stone.)

In The New Republic, Randall Kennedy laid out how the rise of Barack Obama created a new role for Sharpton:

Sharpton was not a supporter at the outset of Obama’s campaign. Indeed, initially he was downright skeptical if not dismissive. But as soon as Sharpton perceived that Obama would probably win the nomination, he jumped aboard the bandwagon. Showing notable discipline, Sharpton expressed support in a fashion calculated to lessen the risk that negative views of himself would rub off hurtfully on Obama.

Since Obama’s victory, Sharpton has been not only an unequivocal cheerleader. He has been a vocal critic of blacks on the left who complain about Obama’s priorities (attending to the hurts of Wall Street ahead of pain in the ‘hood), appointments (all manner of centrist technocrats but no prominent progressives in major posts), and methods (compromise over confrontation)… In that way, Sharpton performs the valuable service to Obama of validating his racial bona fides.

By 2014, Politico described Sharpton as Obama’s “go-to man on race.” In 2011, MSNBC gave Sharpton his own show. His critics have contended that the network, owned by Comcast, gave him the show in order to ensure he would not protest the company’s mergers and acquisitions. Sharpton could no longer be mocked, certainly no longer ignored, and with a symbiotic relationship with the president, he was dangerous to criticize. He could only be placated and appeased by expensive gestures.

Kyle describes an instantly-iconic Philadelphia Inquirer photo: “Black Lives Matter activist Asa Khalif standing in front of a staffer, identified on his apron as Zack. Zack is not the employee who called the police last week. Khalif is yelling into a bullhorn despite being maybe three feet away from poor Zack, who is standing with his hands folded, patiently absorbing abuse for something he had nothing to do with.”

Going into an establishment with a bullhorn and leading a protest against hapless retail staff is exactly the sort of attention-grapping maneuver Al Sharpton used to use. The old Al Sharpton may gone, but we’re still living in his world.

Earlier in the week, this newsletter laid out the reasons for wariness about McClatchy’s “Mueller has confirmed Cohen traveled to Prague in the summer of 2016” scoop. But this morning, something a little unusual occurred:

Embattled attorney Michael Cohen has dropped a pair of much-touted libel suits against BuzzFeed and the private investigation firm Fusion GPS over publication of the so-called dossier detailing alleged ties between President Donald Trump and Russia.

The explanation from Cohen’s lawyer is that his client has a lot on his plate right now, an obviously true statement if there ever was one. But Cohen was suing the institutions in part because he contended that the Prague meeting had not occurred.

There’s Still a Bear in The Woods

Today on NRO, Ellis Mishulovich offers an absolutely fascinating — and more than a little bit ominous — look at how the thinkers who put together Russia’s military arsenal think.

As Vladimir Putin alluded to in his March 1 address to the Federal Assembly, the Russians have developed, among other “superweapons,” a Doomsday Torpedo — an autonomous, unmanned stealth submarine armed with a 100-megaton thermonuclear warhead. For a sense of scale, 100 megatons is some 7,000 times more powerful than the bomb that destroyed Hiroshima. It’s twice as powerful as the biggest H-bomb ever built — the so-called Tsar Bomba, detonated by the Soviets on the Novaya Zemlya archipelago in October 1961. Adding a touch that is both Biblical and Carthaginian, the warhead is “salted” with cobalt and optimized to submerge the East Coast of the United States beneath a massive radioactive tidal wave, thereby rendering the Atlantic seaboard uninhabitable for centuries. To repeat, this new weapon is autonomous, suggesting potentially alarming new degrees of meaning in the words “Russian hacking scandal.”

Assessments like the one below ought to make America’s foreign policy thinkers contemplate whether we want countries like Ukraine, Georgia, and others in Eastern Europe to be autonomous, independent and free and part of NATO, or just the first three adjectives. We usually think that NATO ought to be open to any country that is interested in joining and is willing to pull its weight as part of the alliance. But Moscow interprets this dramatically differently:

From the standpoint of most Russian foreign-policy observers, NATO’s main goal since 1991 has been to capitalize on the collapse of the Soviet Union by permanently advancing its frontiers into the Slavic heartland. The Russians also see an unprecedented new strategic challenge in the rise of the European Union. If fully successful, European integration would create a massive new superpower on Russia’s doorstep, with a population of more than half a billion and an economy of comparable size to that of the United States. Accordingly, Russia’s principal objectives since the turn of the century have been the weakening and eventual dismemberment of NATO and the derailment of the European “ever-closer union” project.

What do you do if one of your non-aggressive, non-hostile moves is interpreted by a powerful rival as an aggressive, hostile mood? How do you keep peace with the paranoid? 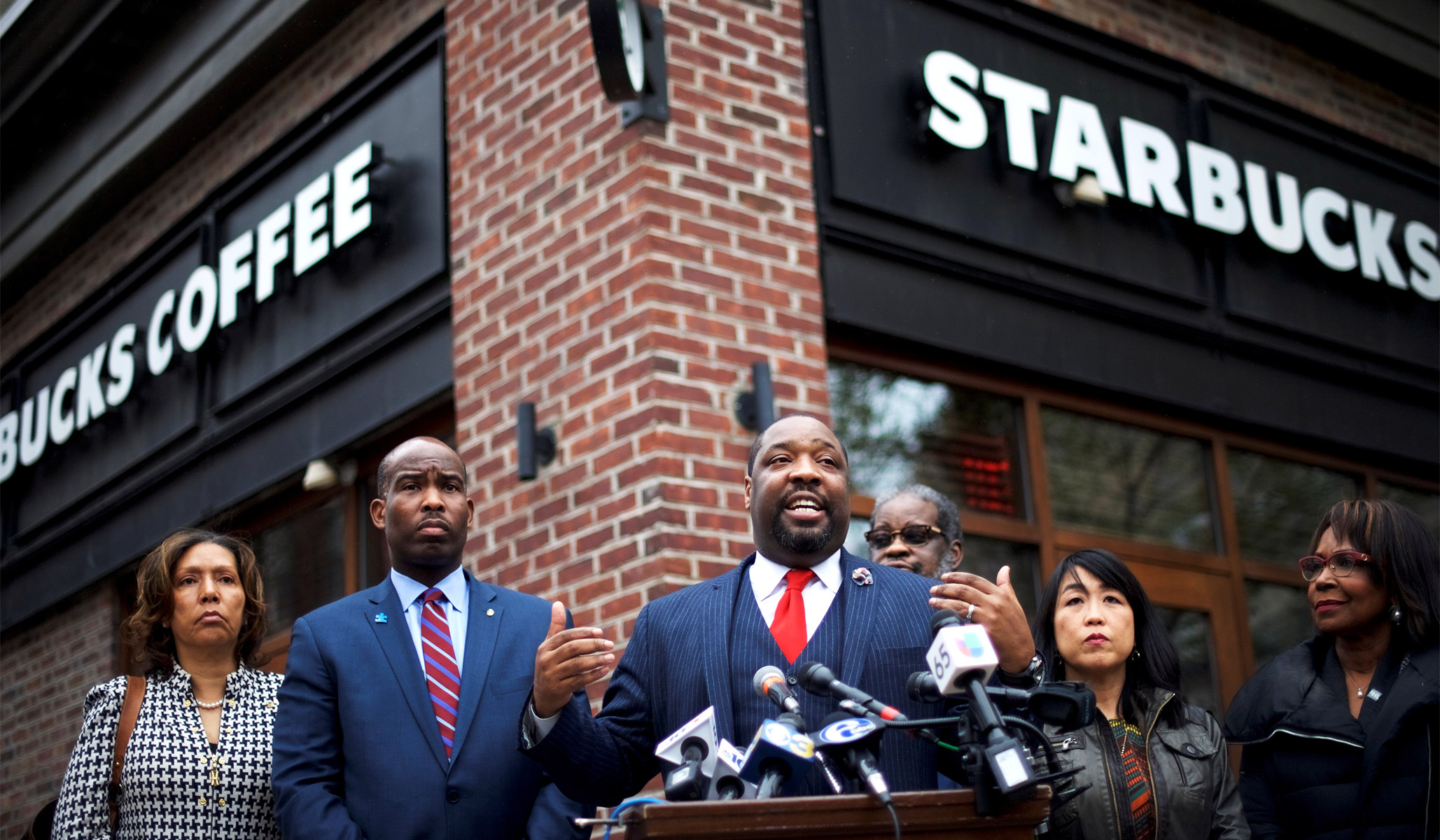