The Harm in Abiding Small Tyrannies

NR’s Biggest Stories of the Year

Close to 50 years after the ruling in Roe v. Wade came down, the oral arguments in Dobbs v. Jackson Women’s Health Organization on Wednesday provided hope that the ghastly legal precedent set in the former case may be — belatedly and deservedly — overturned by the latter. At last, constitutionally guaranteed abortion up to birth, a barbaric allowance made few places else on the planet, may be at an end in the United States. Here’s how Dan McLaughlin was feeling after reviewing some of the most memorable moments in oral arguments:

I am, like Ed Whelan and our editorial, now guardedly optimistic about the prospects of the Supreme Court overturning Roe v. Wade. Justices Clarence Thomas and Samuel Alito have long been certain votes to overturn Roe. As a result, all that is needed to end Roe is for the three Donald Trump appointees (Justices Neil Gorsuch, Brett Kavanaugh, and Amy Coney Barrett) to vote with Thomas and Alito, or for two of them plus Chief Justice John Roberts to do so. I have long assumed that Roberts might be a sixth vote to overturn Roe but not a fifth vote. After the argument, none of the four gave any strong indication that they are wedded to keeping Roe, and Kavanaugh in particular — who has been the subject of the most worries by pro-lifers — appears to be particularly ready to end the Court’s misbegotten five-decade involvement in abortion law.

Not bad. Ramesh Ponnuru also sounded a positive note on the Kavanaugh front, observing that Kavanaugh never promised to uphold Roe, contrary to the claims of some legal commentators:

If Kavanaugh votes to overrule Roe and Casey, presumably it will not be merely because he thinks they were wrongly decided as an original matter; he will grant that their holdings deserve more weight than they would if the Court were coming at them fresh. He will treat them as precedents of the Court to be considered. But if he concludes that there are nonetheless good reasons to overrule them, he won’t be contradicting anything that Collins has said that he said. (Whether she will agree with his decision is of course another matter.)

The Supreme Court has given pro-lifers ample reason to be suspicious of any nominee to it. But the vast majority of pro-lifers didn’t get upset about any of Kavanaugh’s statements in 2018 — because he didn’t say what a lot of pro-abortion commentators now want to pretend he did.

And to top it off, the Editors described the progressive justices’ performances like this:

Nobody seriously defended Roe as a correct reading of the Constitution. Its defenders instead circled the wagons around the institutional importance of adhering to past precedents. Justice Breyer, sounding very much like a man who expected to end up on the losing side of the case, thundered about the Court’s institutional need to avoid revisiting past decisions even if seriously erroneous. Justice Sonia Sotomayor suggested, implausibly, that a decision overturning a longstanding precedent could lead to the Court throwing out Marbury v. Madison and discarding the Second Amendment — even though she herself has already voted to overturn D.C. v. Heller. The same arguments could have been made for keeping the pro-segregation Plessy v. Ferguson decision 58 years later in Brown v. Board of Education.

If I had your curiosity before, I’d hope to have gained your attention by now: We might just win this thing. Win, lose, or draw, though, National Review left it all out on the field. Look what yours truly found outside of the Supreme Court on Wednesday morning. 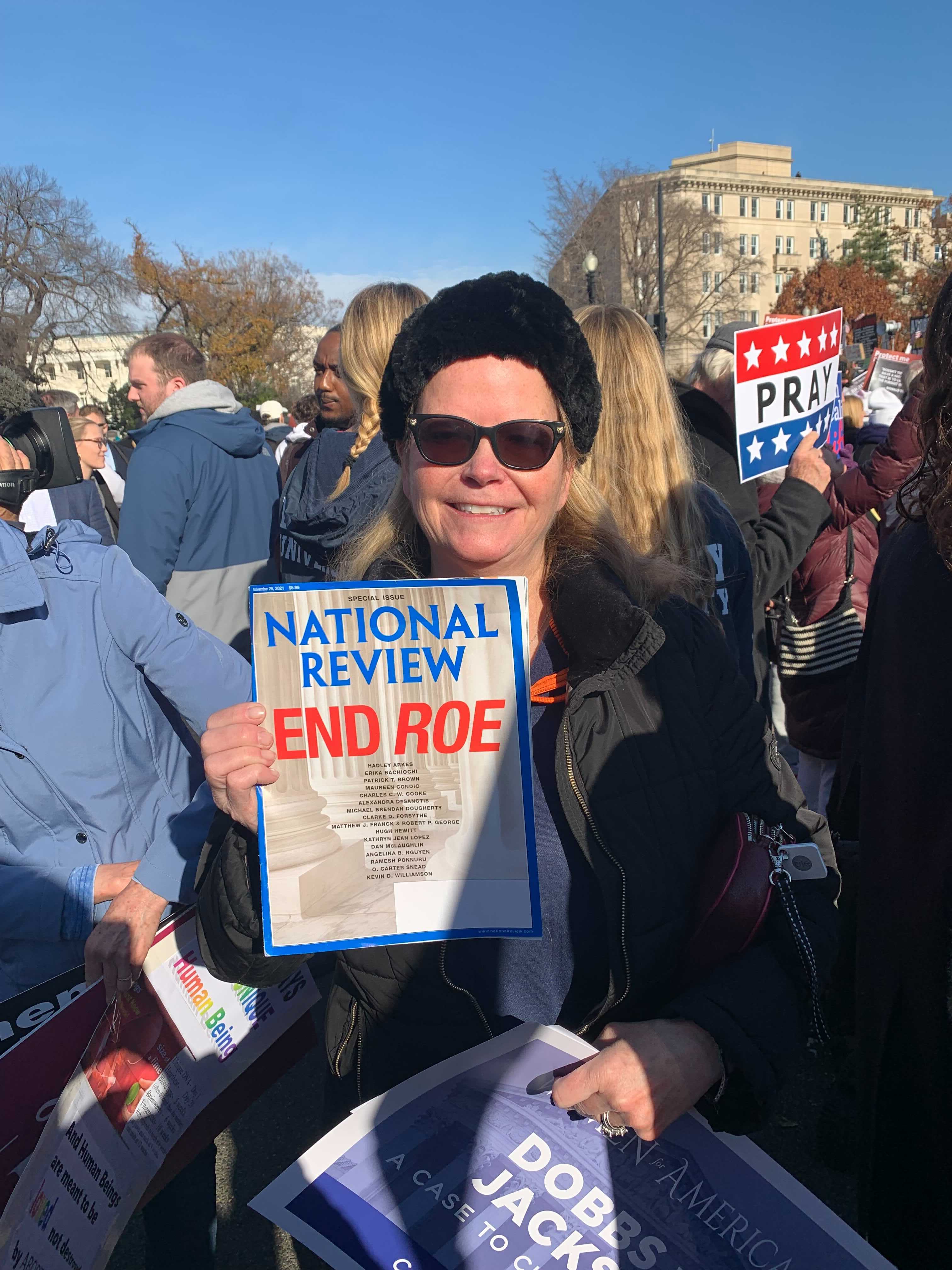 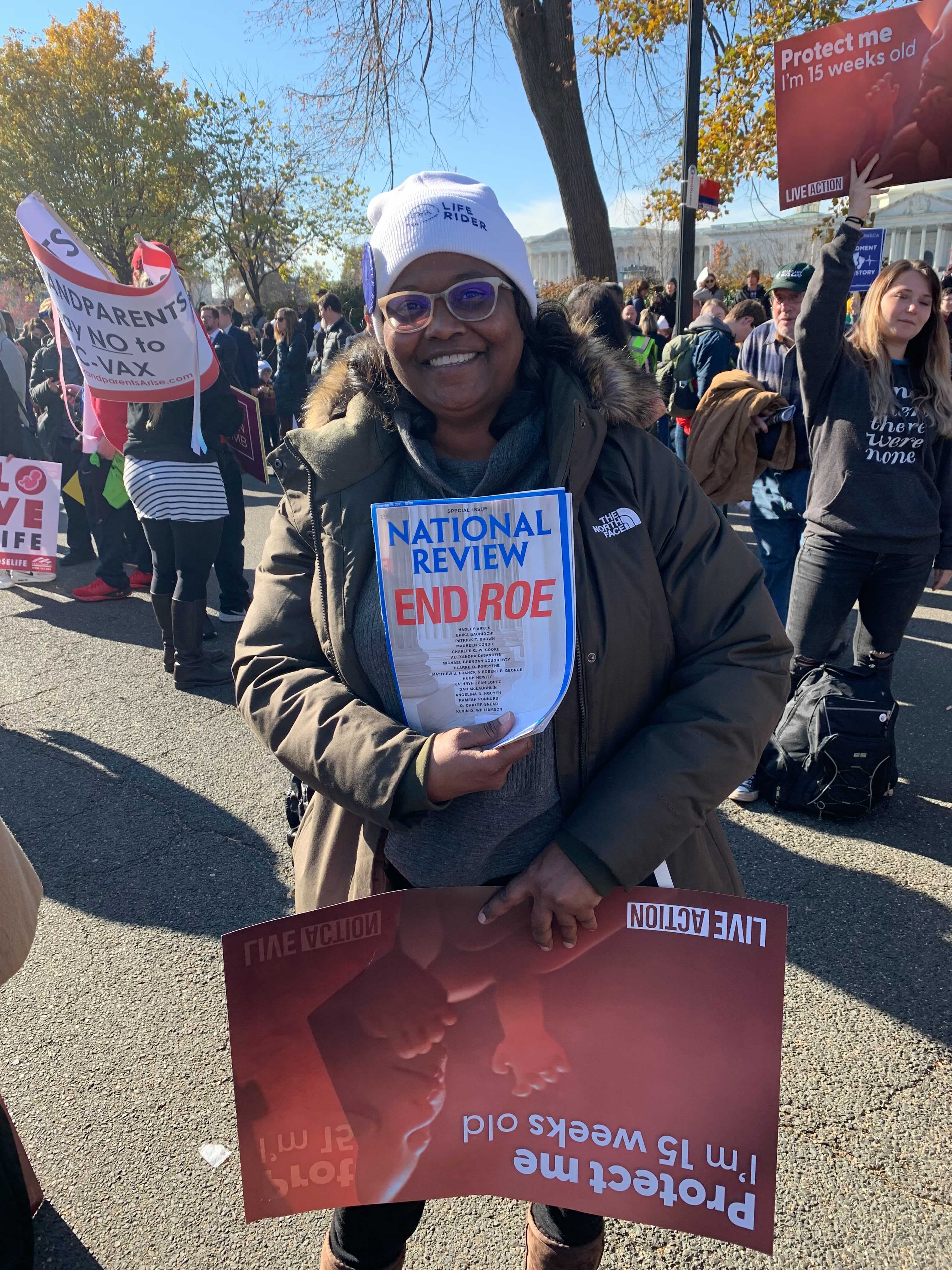 What a testament to the power of this publication’s witness, and what an honor to be a part of a movement bursting forth with such love and resilience.

And by the way, we’re not just focused on the fights that matter at home. Check out our latest issue — clips will of course be included below — which asks the important question: Should America Defend Taiwan?

Amazon contends with the mind-meld of the Democratic Party and labor unions, the corruption that comes with it, and a never-ending election: Corrupt NLRB Puts Unions over Workers

Vladimir Putin must be deterred from going through with his planned invasion of Ukraine: Biden Must Counter Putin’s Ukraine Threat

No one can defend Roe on the merits; we can only go up from here: Justices Show Supreme Skepticism of Roe

Phil Klein: Omicron Shows Why It’s Time to Move On from COVID Restrictions

John McCormack: A Pathetic Political Argument on Dobbs from Breyer, Sotomayor, and Kagan

Michael Brendan Dougherty: Anthony Fauci: I Am the Science

Rich Lowry: The King of Hypocrisy

Joseph Loconte: What the Left and Right Get Wrong about Liberalism

Alexandra DeSanctis: Justice Barrett and the Burden of Parenthood

Steve H. Hanke: A Way for Turkey’s Erdogan to Have His Cake and Eat It Too

Kyle Smith pays tribute to a legend: Stephen Sondheim and the Conundrums of Post-war Man

Brian T. Allen talks the Big Easy, voodoo, and the most important part of any art museum: New Orleans Museum of Art: A Case Study in Building a Collection

Patrick Porter: The United States Should Not Defend Taiwan

Jack Butler: Jackson’s Lord of the Rings, 20 Years On

In the new issue, Elbridge Colby submits that it’s imperative to American interests that we step in if China moves on Taiwan:

The United States should defend Taiwan if China attacks it. Not out of altruism — although it would benefit Taiwan for us to do so — but out of self-interest. Our enlightened self-interest, surely, but self-interest all the same. It is important to understand clearly why this makes sense, because if defending Taiwan is to be a reasonable course of action, we need to be much better prepared, and remedying the deficits in our defenses will require substantial and sustained political support. Building that support will not be easy, since it is far from obvious why defending a small island lying just a hundred miles off the Chinese coast against the enormous might of the People’s Republic is in Americans’ interest.

The fundamental reason is, counterintuitively, China’s awesome power, and the very real danger that this power, if allowed to expand too far, will pose to Americans’ prosperity and freedom. The United States should defend Taiwan because it is important to deny China hegemony over Asia, by far the world’s largest market area. If China could dominate Asia, as it has made increasingly clear it seeks to do, Beijing would determine the terms, tempo, and distribution of global economic power. This would have the most profound and direct implications for Americans’ economic fortunes and, because our economic security is tightly linked to our freedom, it would ultimately endanger our liberties. A China dominant over Asia would have the power and wealth to dictate to Americans, fundamntally altering — and undermining — our national life.

The simplest way of getting at what is at stake in mandates, and indeed in the entire way we approach vaccination campaigns, is with the question of participation. And participation is a matter less of consent than of legitimate belonging.

It is easy enough to see the individualism in vaccine hesitancy. But there is just as much a socializing force at work, a cry of them-vs.-us. Chris Arnade, the chronicler of “back row” America, writes in his newsletter that, outside of college-educated neighborhoods, dissent “is worn as a badge of honor, a club membership card, among people who have never trusted authority, and see being unvaccinated as a way to take a little control of the situation.”

A fiery John McCormack swats away the “institutional” arguments made by the progressive justices during Dobbs’ oral arguments:

And isn’t it obviously true that the aforementioned comments made at the Dobbs oral argument by Justices Breyer, Sotomayor, and Kagan were actually meant to increase the political pressure on their fellow Supreme Court justices to uphold Roe? If the other six justices were chiefly concerned about standing up to political pressure, then they would certainly overturn Roe and Casey. Such a concern about appearances, of course, is a terrible way for the Supreme Court to make decisions about what the U.S. Constitution says. If Supreme Court justices were chiefly concerned about the Constitution and the merits of the case, as they should be, then they . . . would certainly overturn Roe and Casey.

If a woman can choose abortion merely because she no longer wishes to be pregnant, because childbirth is painful, or because she does not want to be a parent — and can thereby describe any effort to stop her from doing so as “forcing her to give birth” or “forcing her to be a parent” — then there is no logical argument for preventing anyone from enacting violence against other human beings who cause them pain or inconvenience.

Anthony Fauci has many critics, but few as righteously indignant as Michael Brendan Dougherty:

A few people show up in Botswana with a new variant of COVID, and Dr. Anthony Fauci was scrambled from NIAID to appear on the Sunday shows, where he had no useful information at all to share on this development of the virus. But he did manage to criticize President Trump, aggrandize himself as a martyr, say that Florida “does not want to get vaccinated” (it’s in the top 20 most vaccinated US states), and attempt to revive the wet-market theory of COVID’s origin.

This is a bad joke. Public health was already deeply politicized. Public-health bodies kowtowed to China early in the pandemic and dragged their feet on declaring a public-health emergency because they wished to spare from embarrassment the oversensitive Communists who run China. Public-health officials were against border controls early on, not because the science backed up their view, but because their politics required it. Fauci amplified Peter Daszak’s campaign to label the lab-leak theory a “conspiracy theory” because of politics; they thought that it would hinder funding of research they believed in.

And now the end is near. Thank you one and all for your adulation — or toleration, you need not specify which — over these last two weeks.