When Barack Obama ran for president he vowed to be non-ideological. He was a pragmatist and a problem-solver. It wasn’t just that George W. Bush’s ideology was awful, ideology itself was a kind of sinful stupidity. “What is required,” Obama declared the day before his first inauguration, “is a new declaration of independence, not just in our nation, but in our own lives — from ideology and small thinking, prejudice and bigotry — an appeal not to our easy instincts but to our better angels.”

On foreign policy in particular, Obama had been singing this tune for years.

No doubt partly out of a desire to distinguish himself from then-senators Hillary Clinton and Joe Biden — both of whom supported the Iraq War — Obama insisted he would do things differently. The Iraq War, he explained in a speech just weeks before he officially threw his hat into the presidential race, “stretched our military to the breaking point and distracted us from the growing threats of a dangerous world.” What was required instead was “a strategy no longer driven by ideology and politics but one that is based on a realistic assessment of the sobering facts on the ground and our interests in the region.”

At the time, it was an open question whether Obama’s opposition was in fact driven by his sober-eyed and realistic assessment of the facts or whether it was driven by ideology and politics. On the one hand there was a good case to make against the war based on cold, hard-headed reasoning. But there was also cause to suspect that Obama — a committed left-winger on foreign policy since college, who needed to differentiate himself from Hillary Clinton and other pro-war Democrats, had employed a political and ideological calculus to come to his position.

Now don’t get me wrong, I have no problem with being ideological. I do it every day. What sticks in my craw is lying about it to yourself or to the country. Insisting that you don’t have an ideology is a great way to advance your ideological agenda without actually having to defend your ideology. That’s why president Obama loves to say that he only cares about “what works” and what’s best for the country. I mean, who is against policies that work? Who doesn’t care about what’s best for the country? According to the president, the answer is always clear: Anyone who disagrees with him.

Nearly six years since he took office, the shtick is getting old. But if you want to keep insisting that Obama’s policies on health care, immigration, taxes, and foreign policy have nothing to do with an ideological or political agenda, well, bless your little heart.

More to the point, what has this “non-ideological” foreign policy gotten us? Despite enjoying more global goodwill than any newly elected U.S. president in modern history, Obama has overseen a shocking decline in America’s standing in the world. Everyone is mad at, or disappointed in, the United States.

Indeed, it is in this regard alone that Obama has made good on his repeated vows to be a force for global unity. Arabs and Israelis alike think he’s feckless (as early as 2011, George W. Bush was already more popular in the Middle East than Barack Obama). Europeans think he’s inscrutably unreliable. The famously pro-American foreign minister of Poland, Radek Sikorski, says that under Obama “The Polish-American alliance is worthless, even harmful, as it gives Poland a false sense of security.” More pithily, he’s called it “bull—-.”

Two years after the Benghazi attack, Islamists are doing cannonballs in our embassy’s pool in Libya. Just this week, the Islamic State beheaded a second American journalist. The Russian “reset” was more like a starter’s pistol for Putin’s race to reclaim lost Soviet territory. The Chinese are testing us more every day and the Iranians laugh at our so-called resolve. The Taliban is simply running out the clock on America’s withdrawal before it takes over Afghanistan, the location of what Obama frequently described as the necessary war. As Bret Stephens recently noted in the Wall Street Journal, Obama has expressed personal rage at only one nation: Israel. Why? Because the Israelis don’t sufficiently hide their contempt for Obama’s incompetence and his secretary of state’s haplessness.

Personally, I think Obama’s foreign policy is besotted with ideological and political considerations. But at this point it doesn’t matter because it has failed on the only terms Obama claimed to value: it hasn’t worked.

— Jonah Goldberg is editor-at-large of National Review Online and a fellow at the American Enterprise Institute. You can write to him by e-mail at goldbergcolumn@gmail.com or via Twitter @JonahNRO. © 2014 Tribune Content Agency, LLC 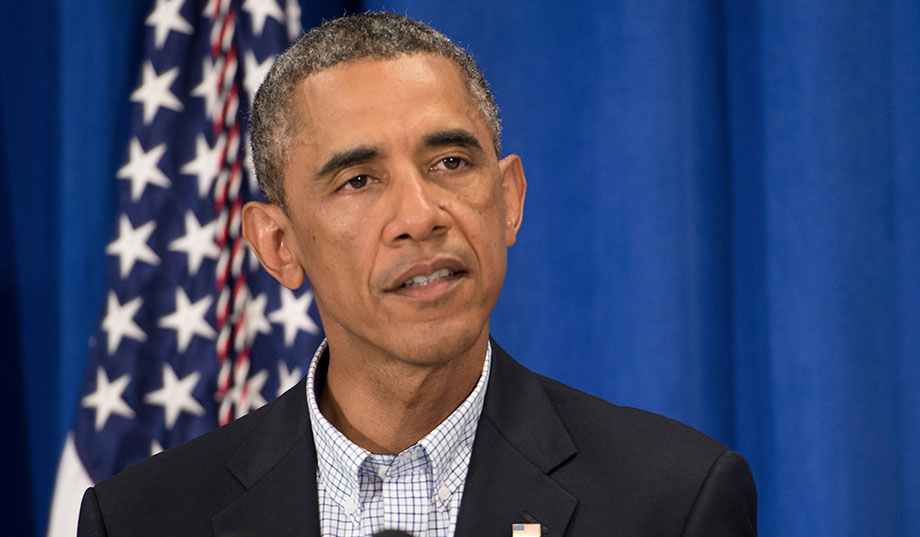