Axios has just released a fascinating poll of the swing-state Senate races in this year’s midterm elections, and in several key contests, generic Republican candidates appear to have the edge over incumbent Democrats.

In half of these states, the GOP candidate leads the current Democratic senator, and, amazingly, in four out of five of those states, the Republican candidate goes unnamed, because no front-runner was identified by the poll.

This means that a majority or plurality of registered voters in these swing states say they would prefer a faceless Republican to the Democrat currently seated in the Senate. The exception is Missouri, where current attorney general Josh Hawley is shown to be leading Democratic incumbent Claire McCaskill 52 to 44 percent.

In Montana, a generic Republican tops incumbent Jon Tester 55 to 42 percent. Indiana Democrat Joe Donnelly has just 45 percent support, compared to 51 percent for a Republican candidate. In West Virginia, Manchin is down 43 percent to a generic Republican’s 52 percent. And in North Dakota, the Republican option leads Heidi Heitkamp by two percentage points, 49 to 47 percent.

While the other five incumbent Democrats in the poll are shown to be leading their Republican challengers, none of the margins are comfortable enough for them to sit back and relax. In Wisconsin and Michigan in particular, neither sitting Democrat reached 50 percent support against a generic GOP candidate.

The poll — which was conducted by Axios via Survey Monkey, and surveyed over 17,000 registered voters in mid February — also took note of President Trump’s approval ratings in each state, putting him above 50 percent approval in six out of ten states. 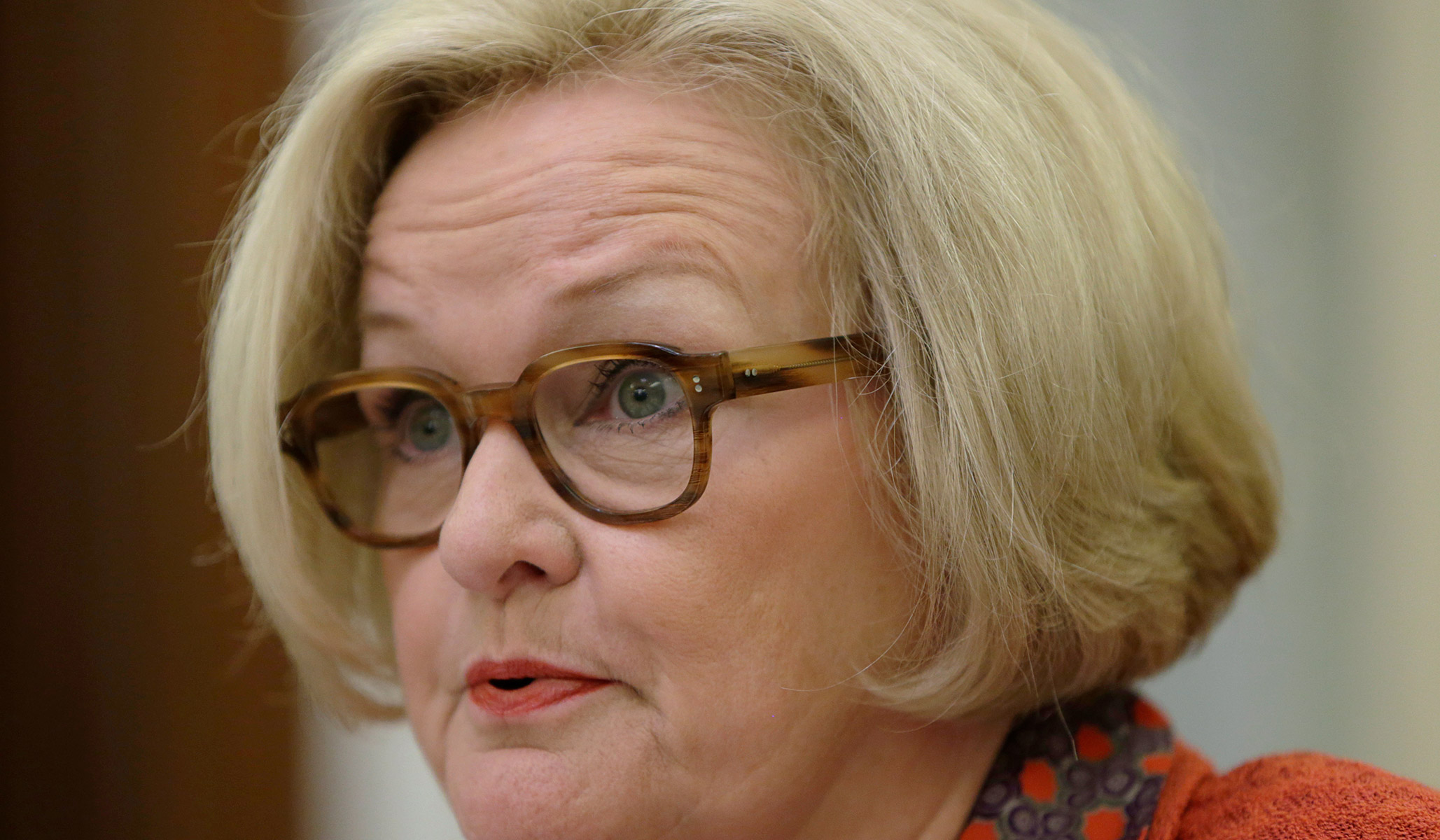